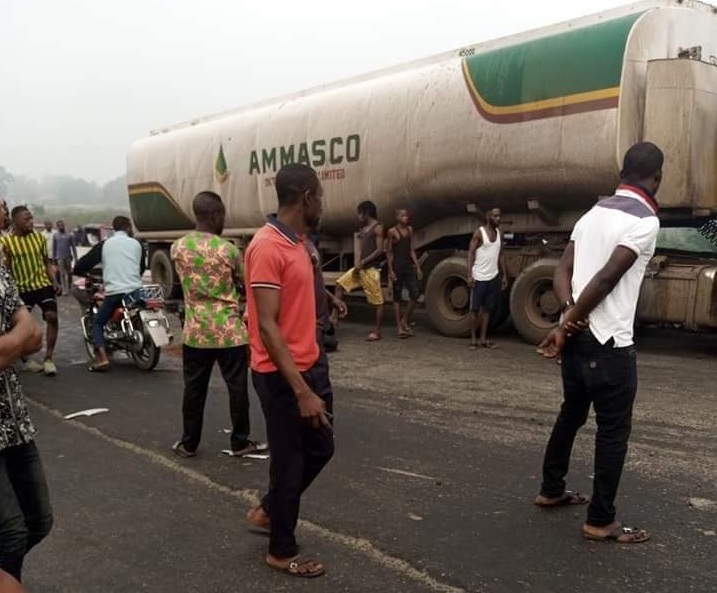 Reports have it that many others also escaped death with severe injuries during the horrible incident which happened along the Calabar-Itu road in Itu local government area of the state.

Naija News understands that the accident involved a fuel tanker and two tricycles conveying school children and some passengers. It was gathered that the Ntak Inyang area where the incident happened specifically is dilapidated and under repair by the state government.

The Niger Pet Construction firm handling the remedial work is said to have shut one side of the road to traffic, forcing all vehicles to ply just one lane of the highway.

Testimonies from people who witnessed the horrible accident claimed that the Keke driver and his passengers including school children died on the spot.

However, when contacted on the incident, the Federal Road Safety Commission (FRSC) in the state said it was gathering facts about the accident. Responding to reporters on the accident, the state Sector Commander of the FRSC, Oga Ochi, said officers were immediately dispatched to the scene after receiving information about the crash.

Ochi disclosed that the accident occurred because the truck was at an excessive speed when it rammed into the tricycles, adding that investigation into the incident was still ongoing.