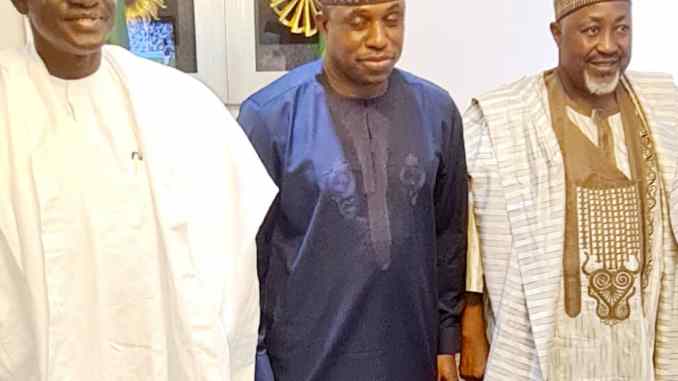 Former Speaker of House of Representatives, Dimeji Bankole, has concluded plans to join the ruling All Progressives Congress (APC).

Naija News reports that in his quest to dump the Action Democratic Party (ADP) for the APC, the Ogun state politician met behind a closed door with the Yobe state governor and Chairman APC Caretaker Committee, Mai Mala Buni, and his Jigawa State counterpart, Abubakar Badaru.

According to a statement signed by the media to gov Buni, Mamman Mohammed, the three leaders discussed a wide range of political issues including the movement of the former Speaker and his supporters into the party.

Mohammed added that with the planned defection of the former speaker, the chances of the party succeeding in Ogun state are growing and widening.