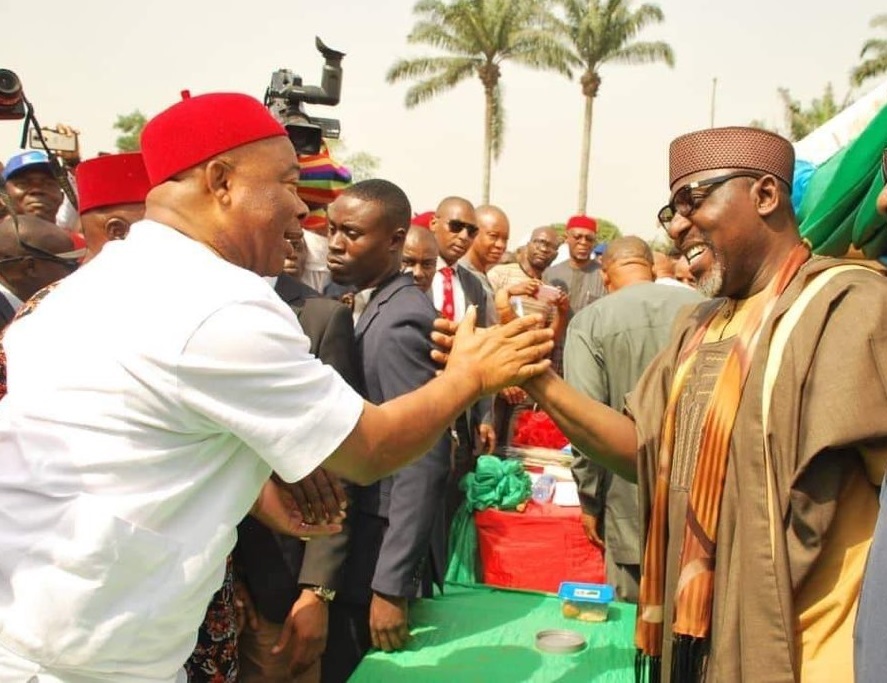 Senator Rochas Okorocha has stated that he does not want the feud between him and Governor Hope Uzodinma of Imo  State to escalate over the sealing of some of his properties.

He stated this to newsmen shortly after meeting with Vice President Yemi Osinbajo on Wednesday.

Recall that Okorocha, a former Imo governor, has been at loggerheads with Uzodinma, which escalated when the lawmaker was arrested for unsealing a property seized by the state government.

But Okorocha has been left wondering what he did wrong to move Governor Uzodinma to clampdown on him and members of the family.

He said: “The question is ‘what wrong has Rochas done?’ Have I done any wrong bringing APC to the south-east? And when I built APC, none of these people were there. They were all in PDP.

“Was it wrong that I encouraged my family to invest in their state, rather than investing abroad? I asked nothing of the government. I simply wanted to live my free life. But it is for he that accuses to prove.

“What preoccupies my mind is to make sure that we don’t create tension in the state, because already this country has a lot of insecurity. And police that ought to be busy doing something else should not be busy going to guide the sealing of a property with a white paper stronger than court judgment.

“Can a governor use a white paper to execute a judgment? Can you be a judge in your own case? These are the questions begging for answers, and why the use of thugs to attack your immediate predecessor and a senator of the federal republic?

“What are you trying to achieve? Now that you have arrested him, or forced him to police station with thugs, what have you achieved? What is the case against him? Nothing.

“That is why I described it as a very unusual situation. I think it is a script that is playing out, and this script has been for too long.”