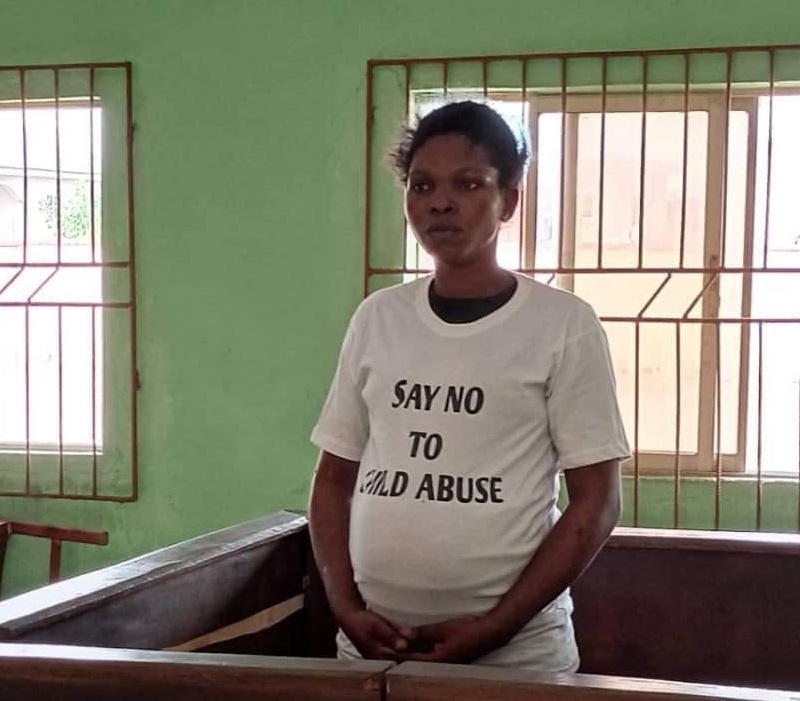 A pregnant woman sentenced for assaulting her 12-year-old daughter in  Delta State has advised other women to stop abusing their children.

Naija News understands that Mrs Betty Kenedy was apprehended after a video showing her maltreating her own child surfaced on the internet. The pregnant mother as seen by many in the viral-video stripped her child naked and held her hands bound with a rope for many days.

Reports also claimed that she stuffed a rag in the child’s mouth to stop her from calling neighbours for help.

Naija News understands that the incident happened on Monday, March 8, in Agbarho, Ughelli North Local Government Area of Delta State. Members of the Conference for the Actualization of Human right led by child right advocate, Comrade Uruemu Akpovwa Olawale, however, swiftly responded to the viral-video and stormed the house with policemen to arrest the wicked mother.

During interrogation, Mrs Kennedy claimed that her daughter was in the habit of leaving the house and disappearing for hours so she had to tie her up.

Speaking after her sentencing, she advised other women to stop abusing their children.

“Say no to child abuse and molestation. It’s not fair to maltreat your child. I am here because I maltreated my child. So I want to say, women should stay away from molesting their children for they are the leaders of tomorrow,” she said.

Meanwhile, a senior officer of Hisbah, Sani Rimo, who was recently arrested by the Kano State police command has been cleared of allegations levelled against him.
Rimo was arrested by officers of the state command after he was allegedly caught with a married woman in a hotel, Naija News reports.