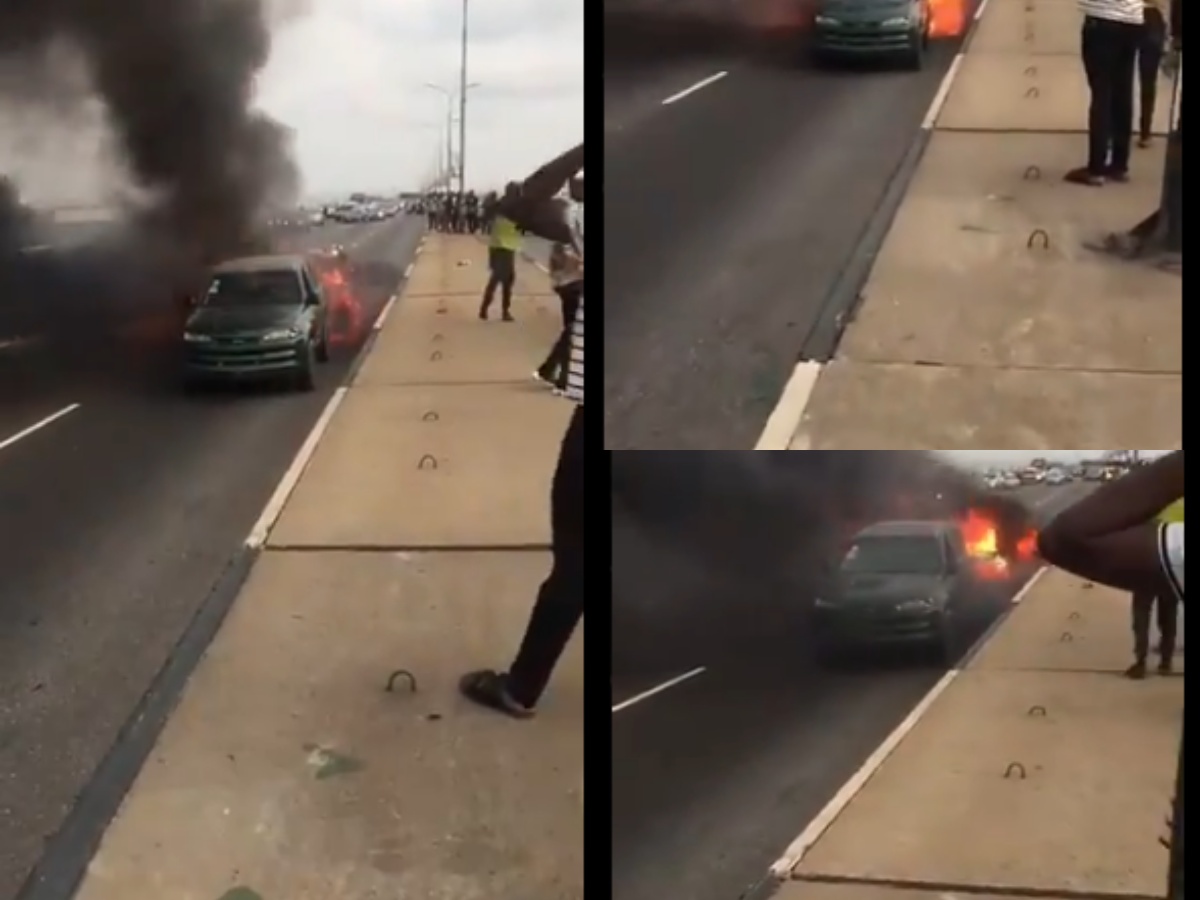 A fire incident involving two SUVs have been reported on the Third mainland bridge on Monday evening, March 9.

Naija News reports that the agency charged with managing traffic in Lagos State and enforcing its traffic laws, LASTMA confirmed the incident on its official Twitter handle a few hours ago.

LASTMA reported that officials of the Lagos State Fire Service arrived at the scene and put out the fire while it awaits the Lagos State Emergency Management Agency’s response unit to evacuate the affected cars as at the time this report was given.

See below a video of the fire event as shared on LASTMA twitter page:

Meanwhile, Naija News reports that the clash between two factions of the National Union of Road Trasport Workers in Akure, Ondo State capital has led to the death of two people.
It gathered that the clash which started around 8 am on Tuesday saw some people matchetted and about two persons feared dead.