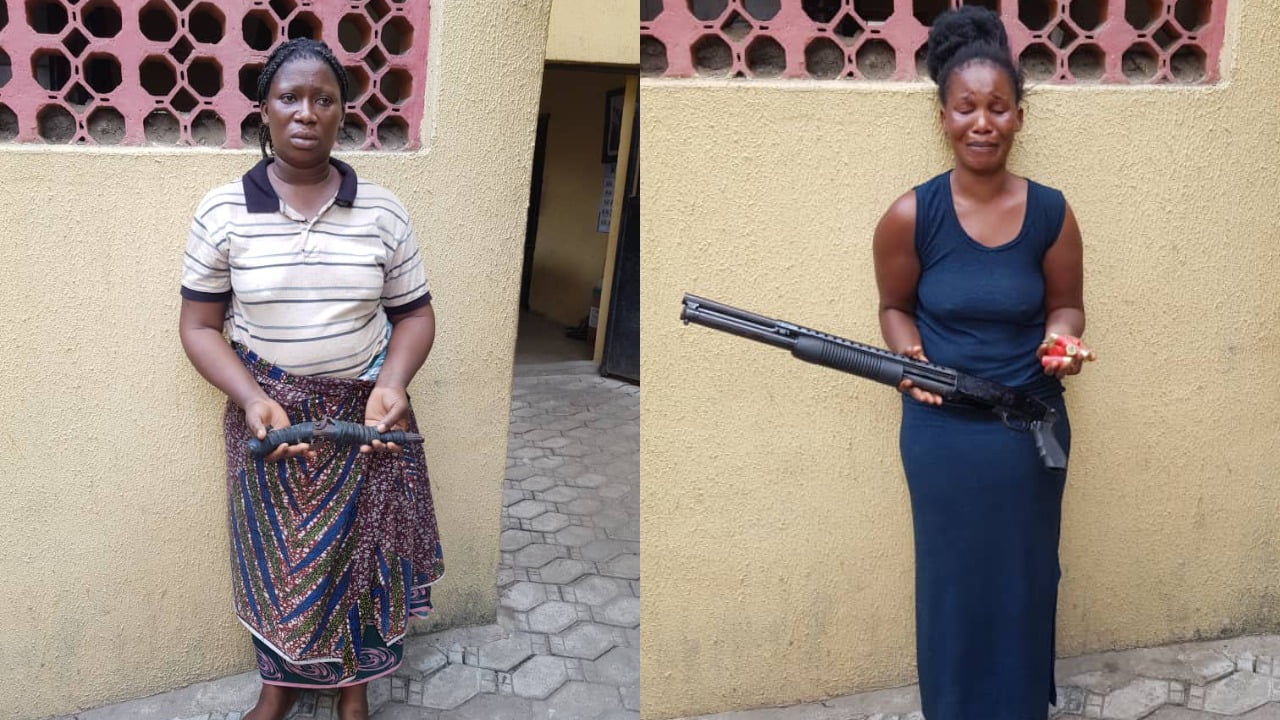 No fewer than twelve women have been reportedly arrested with guns by men of the Nigeria Police in Lagos State during the last weekend by the Commissioner of Police Strike Force.

Naija News understands that the force arrested in total, no fewer than fifty criminals including cultists and armed robbers during the operation carried in different locations in the state.

Confirming the successful operations carried out in the Imota, Igbokuta, Adamo and Emure in Ikorodu area of the state between Friday, 5 and Sunday 7 March 2021, the State Police Public Relations Officer, Muyiwa Adejobi, in a statement made available to newsmen on Sunday (yesterday), disclosed that one 26-year-old Gbamila Iyabo, who was identified as the wife of a leading suspected cultist of Aye Confraternity in Igbokuta, was arrested with a pump-action loaded with eight rounds of cartridges.

The police spokesman revealed further that a 29-year-old Salisu Islamiyat (F), 29, wife of another top cultist of Aye Confraternity in Emure, was nabbed with a locally-made pistol with some live cartridges.

“Abiodun Abbey, (aka Oju Ogunle), alleged to have killed more than twenty-two (22) people in Ikorodu area, and 44 others.”

In the same vein, the Commissioner of Police, Hakeem Odumosu, confirmed the arrest of six suspected cultists at Ibeju-Lekki area by men of the force attached to Elemoro division. Naija News understands that the operations were carried out in compliance with the directive police commissioner on constant raids of criminals’ hideouts in Eti Osa Local Government Area.

The suspects were identified as Adeyemi Hassan, Adesoye Yusuf, Yusuf Sadiku, Ismaila Adebanjo (an ex-convict who is a leader of Aye Confraternity), Monsuru Ojo and Tajudeen Ramon.

Meanwhile, troops of the Nigerian Army on Sunday engaged Boko Haram members in a gun battle around Mainok and Jakana towns to prevent them from mounting a barricade on the Damaturu-Maiduguri highway in Borno, Naija News reports.