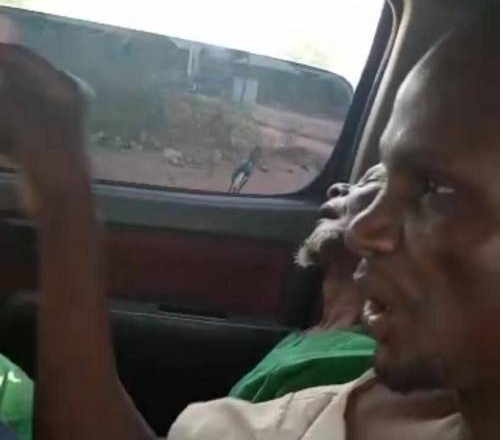 The Oyo State Police command on Sunday disclosed that Fulani warlord, Iskilu Wakili, has been taken to a hospital over his health.

The spokesperson of the command, Fadeyi Olugbenga, confirmed the development in a statement released on Sunday.

The statement was titled, 'Oyo police assures of diligent prosecution of suspected criminals'.

It read in part, "The Oyo State Police Command would like to inform the general public that at about 0900 hrs of date (7th March 2021), information was received that a group of persons, (later found out to be members of the Odua Peoples Congress- OPC), had invaded Kajola community in Ibarapa axis of the State."

"The invasion was reportedly aimed at arresting one Wakili, a Fulani by tribe, who is alleged to be the sponsor and mastermind of various criminal attacks against the people/farmers of Yoruba origin in the community."

"The State Commissioner of Police has quickly moved into action and preliminary findings revealed that some OPC members went to Kajola community in Ibarapa North Local government Area of Oyo State."

"While there, the house of the Wakili in question was set ablaze, while a female (the identity of who is yet to be ascertained) was burnt in the fire and Wakili (about 75 years old and blind) with two other persons were picked up."

"The three of them are presently in the custody of the Police. The Commissioner of Police has directed that Wakili (due to his frail appearance and state of health), be moved to the Hospital."

In a related development, the Oyo State police command, on Sunday, confirmed the detention of some members of the Odua Peoples Congress who arrested notorious Fulani warlord, Iskilu Wakili.

The development was confirmed in a statement released by the command on Sunday.