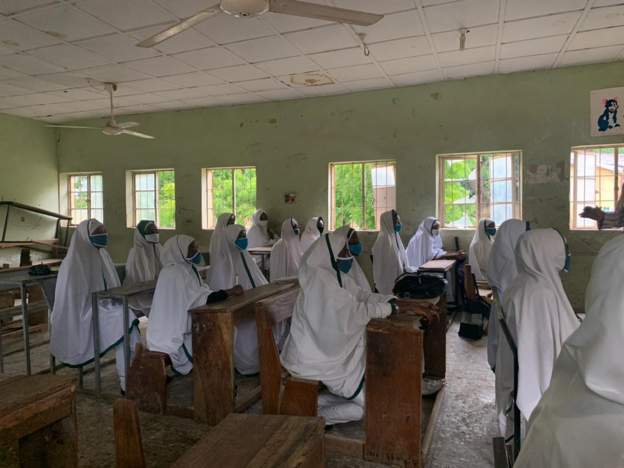 The Federal Government has stated that it has commenced the relocation of pupils from Borno, Yobe and Adamawa states to other states.

Naija News reports that this is following the series of mass abduction of schoolchildren by Boko Haram terrorists and other criminals in the northern part of the country.

Boko Haram terrorists had in the past abducted pupils, women and girls from the three states, including Chibok in Borno State and Dapchi in Yobe State.

Also, criminals had in recent times kidnapped pupils from some North-Western states.

Speaking to The Punch, the Director of Press and Public Relations in the Federal Ministry of Education, Ben Goong, said also said the Safe Schools Initiative of the government had not stopped.

He stated that the implementation of the Safe Schools Initiative was being intensified and re-invigorated.

Asked what the Federal Government was doing about schools located in high-risk areas in the north, Goong said, “As we speak, there are quite a number of students from Borno, Yobe and Adamawa States being relocated to other schools across the country, including the Federal Capital Territory.”

He cited the example of some students from Borno State who he said had been relocated to the Federal Government College, Kwali, Abuja.

He said students were being moved to safer schools and were being catered for with full boarding facilities.

Goong added that the Federal Government would be carrying out some enlightenment campaigns especially among the military to discourage the use of school facilities for military-related activities.