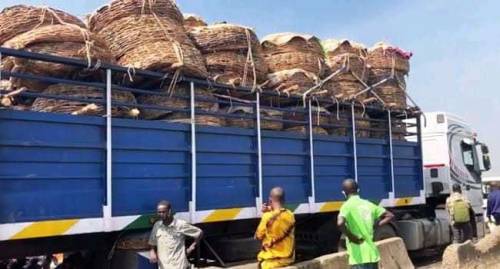 The popular Jebba bridge that links Niger State with Kwara State has been declared open for transportation of food items from the North to the Southwest states.

The Coordinator of the Miyetti Allah Cattle Breeders Association, Aliyu Mohammed, who spoke with newsmen on Friday, said the bridge is now open for free movement of goods to the South West States.

Mohammed told newsmen that the relaxation of the directive by the national body of the association to allow free passage of foodstuffs and cattle was a temporary arrangement with the hope that the persecution of Fulanis in the South will come to an end.

Mohammed noted further that sooner or later the truth shall be revealed to the whole world about the development that triggered the suspension. He added that the main priority and concern is the safety of their members and protection of their main source of livelihood, cattle rearing business.

He said: “Mohammed, said the association was ready to co-operate with the government and law enforcement agencies to wipe out violent crimes in the state.

He said Fulani vigilante groups are ready to assist the government in fishing out fake herders who infiltrate the state to commit havoc.

Meanwhile, former President Olusegun Obasanjo has disclosed that he once tested positive for coronavirus, and recovered from the dreaded virus within 72 hours.

Obasanjo made the disclosure on Friday at a colloquium put together to celebrate his 84th birthday at the Olusegun Obasanjo Presidential Library (OOPL), Abeokuta, Naija News reports.