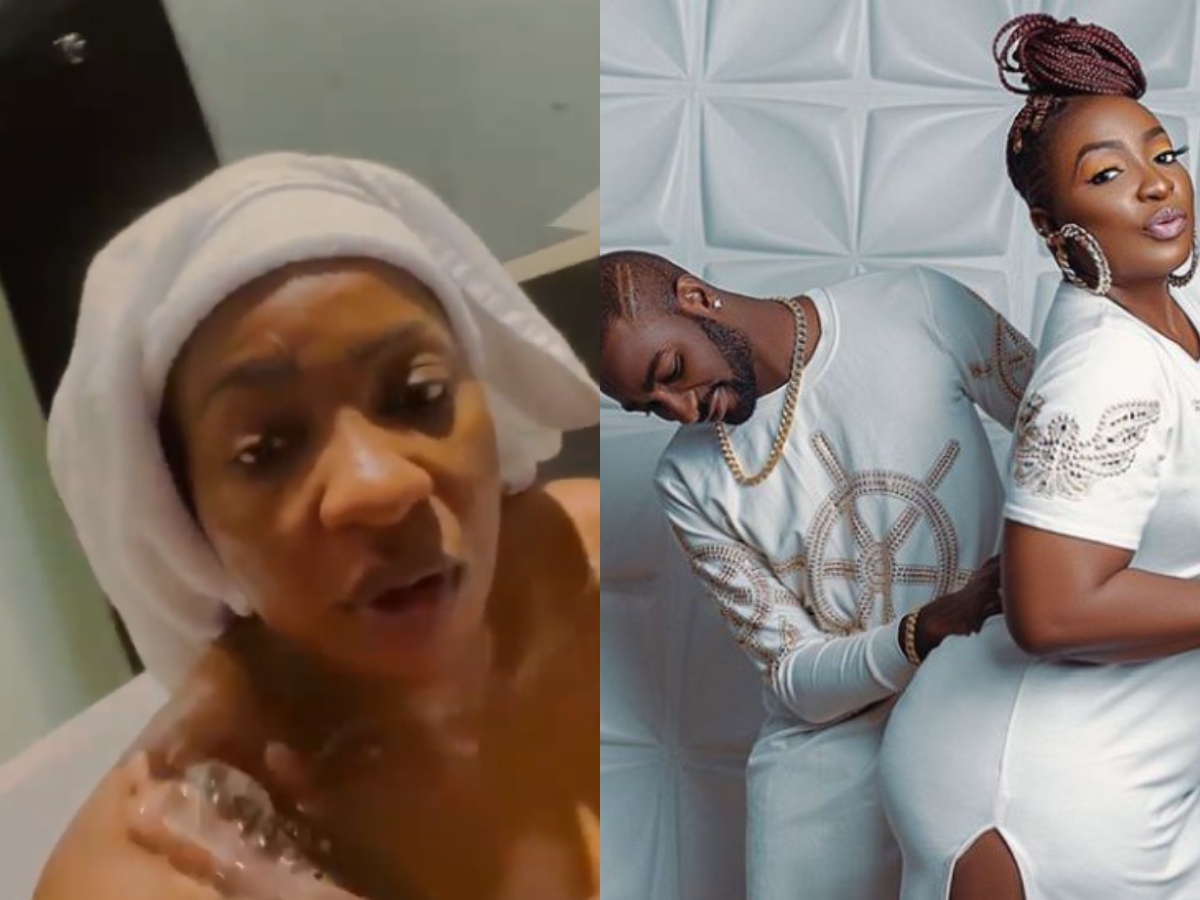 Nollywood actress and Instagram sensational, Anita Joseph Olagunju has caused a barrage of reaction on social media after sharing a video of her husband, MC Fish giving her bathroom support.

Naija News understands that the actress took to her social media page to share the video below. MC Fish’s hand could be seen helping his almost ‘completely naked’ wife get clean in the bathroom while she makes a record of the event.

Follow this link to watch Anita Joseph and MC Fish in the bathroom.

Meanwhile, Nigerian comedian, Alibaba, has debunked the report making round the internet that his marriage to Mary Akpobome has hit the rock.

Naija News reports that Alibaba while reacting to the report of his marital crisis, posted a picture with his wife and captioned it, “We have gotten calls and messages about the status of our marriage. We are still married and we thank everyone who sent messages and were concerned about the rumour which started because I was not home during Christmas and New Year celebrations.”

There was no need to explain to everyone that I was in isolation. And we thank God I pulled through. We appreciate your best wishes.”

There were speculations that the talented comedian’s wife kicked him out of their home at Victoria Garden City over allegations of infidelity.