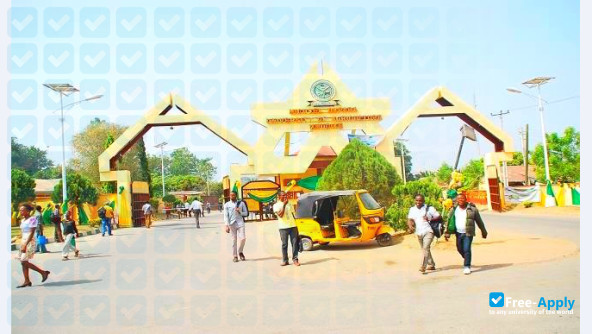 One Peter Enajo and his friends, Lukman Aminu, Musa Halidu, and Maikosa Victor Lawal have been suspended from school over alleged involvement in cultism.

Naija News understands that management of the Federal University Dutsin-Ma in Katsina State halted the learning of the students in their respective levels studying, MSc Sociology, BSc Computer Science, BSc Sociology and BSc Sociology respectively after finding out they belonged to a secret cult.

It was reported that the institution's Vice-Chancellor, Prof. Armayau Bichi, approved the suspension based on a report submitted to him by the Chief Security Officer, Tanimu Atiku, on the activities of the affected students.

Naija News understands that the suspension of the four suspects was contained in a special bulletin issued by the institution's acting Director, Public Relations and Protocol, Habibu Matazu.

"The vice-chancellor reiterated that the management would not relent in dealing decisively with any member of the institution found to be involved in cultism."

However, not even one of the affected students could be reached for comments at the time the reports was given.

Meanwhile, Cross River State Command of the Nigeria Police Force revealed on Wednesday, March 3 that two of its officers were killed by some yet to be identified gunmen.

The state force spokesperson, Irene Ugbo, who spoke with reporters on the incident a few moments ago recounts that the sad development brings to six the number of personnel killed in the last six days in the state, Naija News reports.