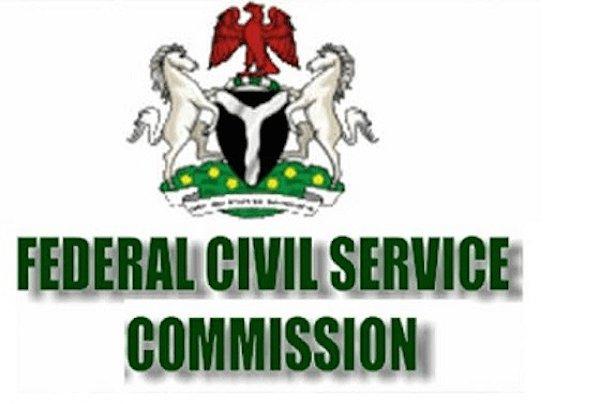 The Federal Civil Service Commission (FCSC) has dismissed reports that it has begun fresh recruitment into the federal civil service.

Naija News reports the Deputy Director of Press in the FCSC office, Eniola Babaoye, disclosed this in a statement on Wednesday.

According to the Chairman of the FCSC, Tukur Ingawa, the federal government ban on employment was still in effect until the Head of Service of the Federation (HOSF) lifts it.

He said he is currently focused on the discharge of the mandates of the core values of Nigeria’s civil service.

The chairman noted that the FCSC had adhered strictly to extant rules and regulations since he assumed office.

The Commission recalled that the HOSF forwarded a letter on May 15, 2020, on general suspension of recruitments into the Public Service by President Muhammadu Buhari.

The moratorium was due to the effect of COVID-19 on federal government’s revenue projections.

Meanwhile, two members of the Bauchi State House of Assembly have defected from the All Progressives Congress (APC) to the Peoples Democratic Party (PDP).

READ ALSO  Maina Scandal: Malami what do you have to hide - Senate

The defection was announced late Wednesday to newsmen by the spokesperson for the Speaker of the Assembly, Abdul Burra, on the outcome of the plenary.

He said that the decision of the members to quit the APC was contained in a letter which was read by the Speaker, Abubakar Suleiman during plenary.