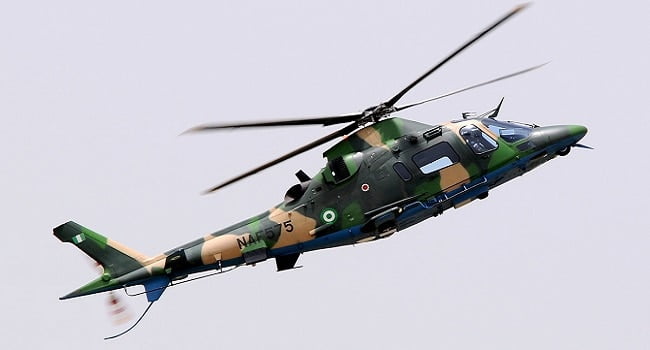 Military sources have revealed that the Federal Government declared Zamfara State as a ‘no-fly zone’ to cut the supply of arms and ammunition to bandits and other criminals in the state.

Recall that President Muhammadu Buhari, on Tuesday, declared Zamfara a ‘no-fly zone’ and banned all mining activities in the state.

According to the sources, the military and intelligence community are pursuing the assumption that the bandits get their arms supply through airdrop, since Zamfara State is landlocked, The Nation has reliably gathered.

A top military source told The Nation that some expatriates who engage in illegal mining in Zamfara State, were behind the of arms and ammunition to the bandits.

“There is credible intelligence that the bandits get their arms and ammunition by airdrop. The fact that Zamfara State is landlocked supports the intelligence, so by declaring Zamfara State as a ‘no-fly zone’, is intended to cut off the bandits’ arm supply chain, while the troops move in to flush them out”, the source disclosed.