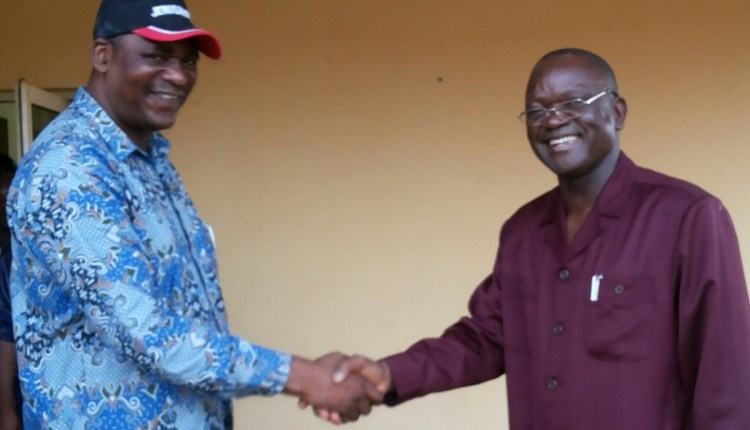 Benue State Governor, Samuel Ortom, on Wednesday, noted that he would ensure that the killers of Terkula Susan are arrested brought to justice.

Ortom made this promise in a statement released through his Chief Press Secretary (CPS), Terver Akase, on Wednesday in Makurdi.

“The killers of Chief Terkura Suswam, elder brother to the Senator representing Benue North East, Senator Gabriel Suswam, must be apprehended and brought to justice,” the statement said.

He further stated that security operatives in the state will march out with full force to apprehend the killers and ensure that justice was served.

“The governor said his administration will give security operatives maximum support to ensure that killers of Dr Suswam are arrested and made to face the consequences of their action.”

“Gov. Ortom stresses that his administration will not surrender Benue to criminals, and gives assurance that killers and kidnapers operating in Sankera axis of the State won’t go unpunished,” the statement said.

Ortom also sympathised with Sen. Suswam and the rest of the family, and the people of Logo Local Government Area over the painful death of Chief Terkura Suswam.

He prayed God to grant the deceased eternal rest and his family the strength to bear the loss.

Meanwhile, the Police Command in Benue said it had cordoned off Anyiin town, where the deceased was shot by his assailants on Tuesday evening while supervising the repairs of his plaza.