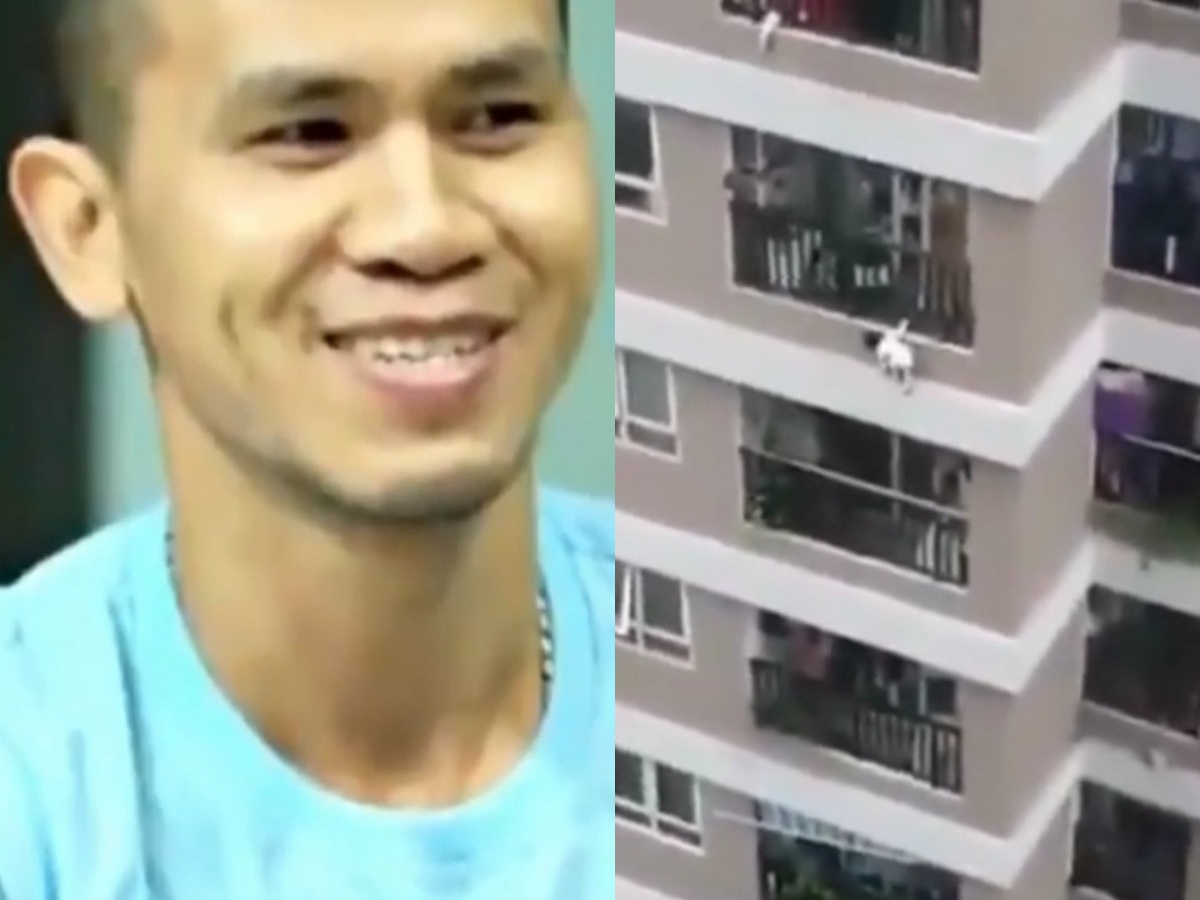 Saving a little girl from falling off from a 12th-floor balcony has earned a delivery driver in Vietnam lots of shout outs.

Reports had it that Mr Nguyen Ngoc Manh was in his truck waiting to deliver some package to a residence in the area when a loud cry from the little child and her mother caught his attention.

The 31-year-old delivery man said he initially shunned the loud noise believing it as usual tantrum from kids. Manh, however, said he was forced out of his truck after he noticed residents trooping out on the street in fear and loud noise. He said jumped out of the truck with pity after rolling up his window to behold the little girl dangling 164-feet in the air.

Trying to gauge where the girl may land, Mahn reportedly climbed a 6-foot wall between where he was packed and the apartment where the little girl was about to fall off from.

"I scaled the wall and saw that she could fall onto the metallic roof of the house used to store electric generators for the complex, so I tried to climb on top of it," Manh told VN Express.

"I made it, but couldn't stand firmly, as the roof was crooked."

Naija News understands that Manh slipped through the wall and flung himself forward to grab the child after she lost her grip on the balcony.

She wasn't crying, he said, but blood was dripping from her mouth.

"She looked so much like my child at home. I was so confused, only able to tell her, 'Please, please, I'm here now,"

VN reports that the girl was immediately rushed to a hospital where doctors observed her for a dislocated hip. It was, however, confirmed that she had no other severe injuries.

Manh who has been described as a hero, however, sprained his arm while catching the toddler.

In another news, Naija News reports that residents of a community in the Vandeikya Local Government Area of Benue State on Monday, March 1 took the law into their hand and burnt to death a man for allegedly stealing N2000 belonging to a trader woman at a popular market in Benue.