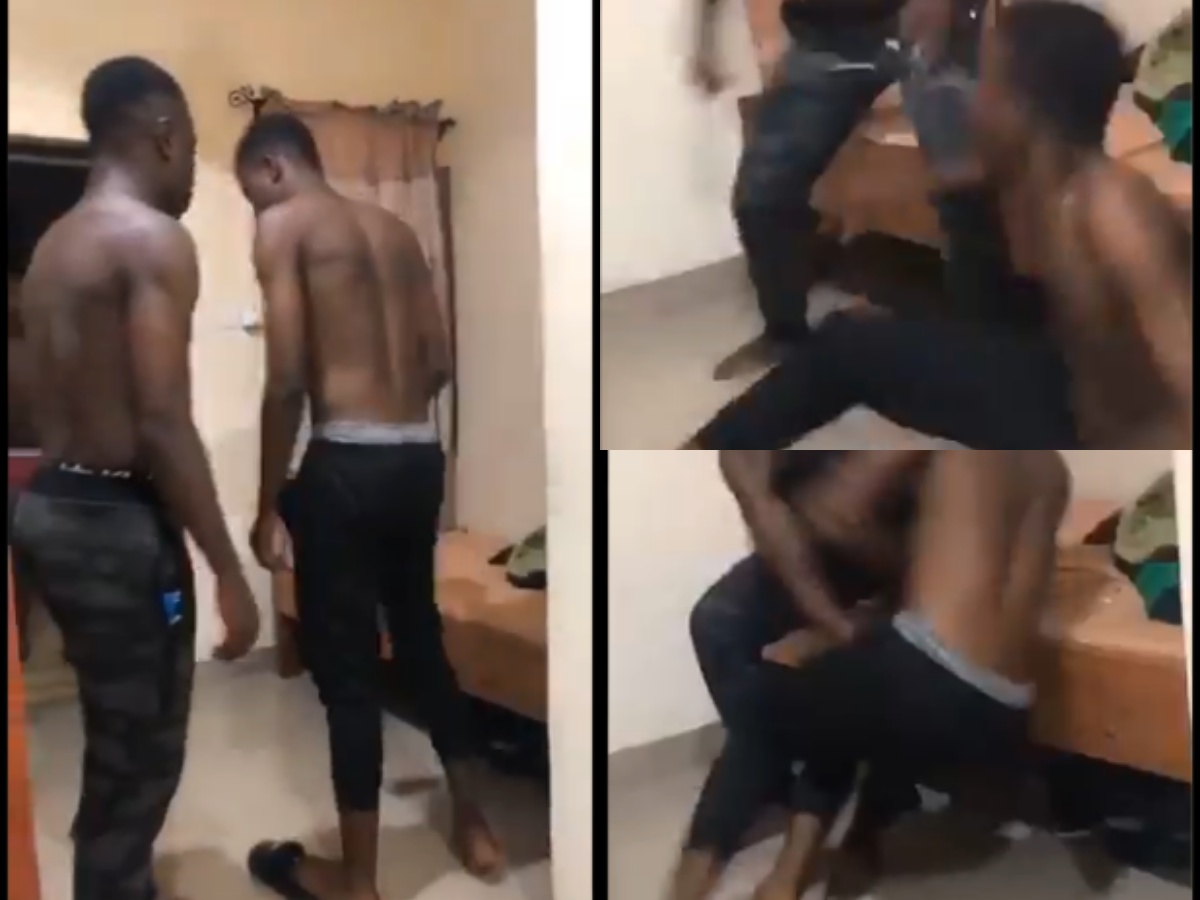 A student of Babcock University has appeared in a viral video assaulting a younger student for using his footwear.

The video sighted by Naija News on the Twitter account of one [@Anambravirgin], show the older student unleashing his fist on the other student who appears to be his roommate.

While another student was standing by the door to watch the disturbing event, the suspect continued to slam and slap the hell out of the victim shouting loudly about why he took his slippers downstairs.

“Babcock student beats a younger student because of slippers!! What is that school turning into? This keeps happening, sigh”.

Babcock student beats a younger student because of slippers!! What is that school turning into? This keeps happening, sigh? pic.twitter.com/1m3lqZJcQ5

Naija News understands that Babcock is a private Christian co-educational Nigerian university owned and operated by the Seventh-day Adventist Church in Nigeria.

The institution is located at Ilishan-Remo equidistant between Ibadan and Lagos State.

Meanwhile, no fewer than a hundred cultist members of various confraternities have surrendered and repented in the Orimekpang community of Boki Local Government Area of Cross River State.

The youths said they regret joining the group which has kept them in bondage for long, noting that there is no gain in cultism, Naija News reports.