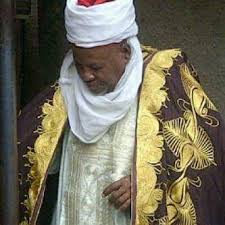 The Niger State government has confirmed the death of the Emir of Kagara in the Rafi Local Government Area of the state, Alhaji Salihu Tanko.

Confirming the death of the prominent monacrch, the Niger State Governor Abubakar Bello in a statement on Tuesday afternoon, described the death of the monarch as a colossal loss to the Kagara Emirate and the state in general.

Governor Bello said, “We have lost a First Class Emir, a member of the State Council of Traditional Rulers, an Octogenarian and an Elder Statesman whose wise counsel has been of immense value to this administration and those before it in the state.”

He listed some of the qualities that will be missed in the late emir to include his humility and patience, describing Tanko as someone who brought immense unity and progress to the Kagara Emirate.

The governor thereafter prayed God to grant the soul of the departed eternal rest.

Kagara came into national limelight last month when bandits attacked and kidnapped some students and staff of a school located in the area.

The students and staff, kidnapped from Government Science College in Kagara, Niger State have however been released by their abductors.

As previously reported by Naija News, they were released on Saturday morning.