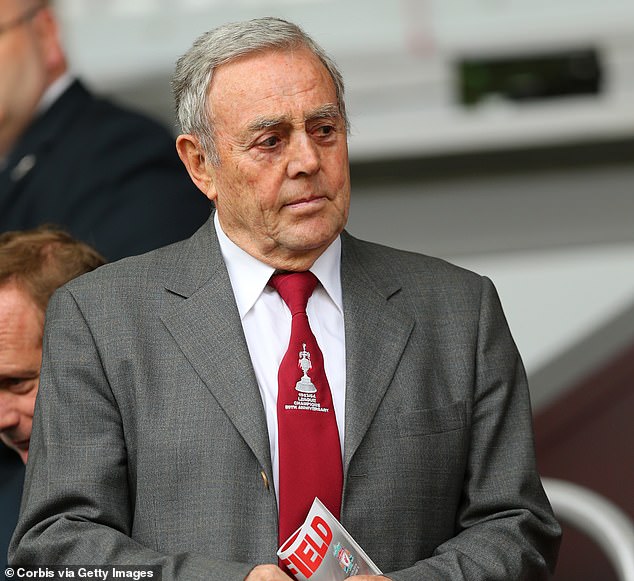 Naija News understands that the Scottish professional football player and coach died today at the age of 82 after a long illness.

The deceased had won two league titles with the Reds in 1964 and 1966 under former manager Bill Shankly.

Liverpool in a statement made available to newsmen a few moments ago said the club is deeply saddened by the passing of Reds legend who have won a place in Liverpool fans' hearts forever.

Naija News understands that St John had one of the most iconic goals in Liverpool goal history after netting a winner goal in extra time to secure their first-ever FA Cup triumph against Leeds in 1965. The deceased had netted no fewer than 118 goals in 425 appearances for Liverpool between 1961 and 1971.

Announcing the demise of the footballer, the St John's family wrote: "It is with a heavy heart that we have to inform you that after a long illness we have lost a husband, father and grandfather."

"He passed away peacefully with his family at his bedside.

"We would like to thank all the staff at Arrowe Park Hospital for their hard work and dedication during these very difficult times. The family would be grateful for privacy at this extremely sad time."

"Another Liverpool Legend sadly passes away. One of the players along with Bill Shankly who made this club what it is today. I'll remember him most on the best football show on tv, The Saint & Greavsie. X"

The deceased, Jose Becker' was been found lifeless around midnight in the city of Bage following a swimming incident.