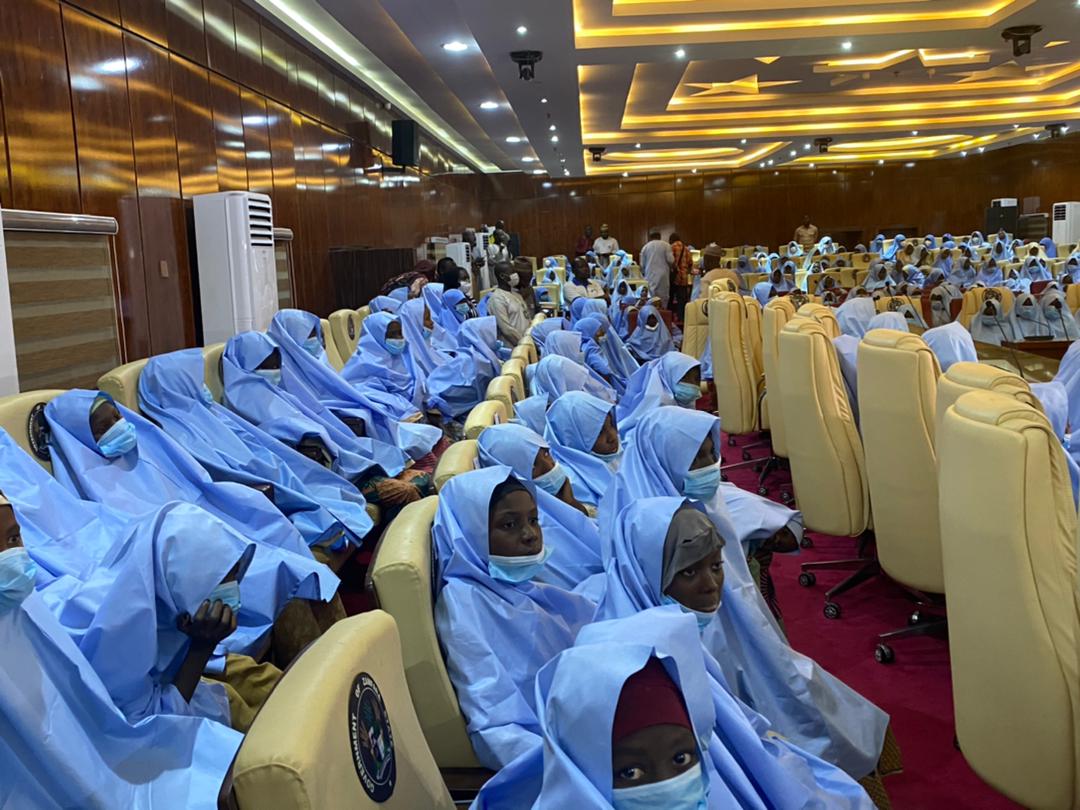 The Governor of Zamfara State, Bello Matawalle, on Tuesday confirmed the release of the abducted schoolgirls kidnapped from Government Girls Secondary School, Jangebe in Talatu-Mafara local government area of the state by bandits.

Naija News had earlier reported that officials of the state government disclosed that schoolgirls were released and they were released around 4:00 a.m. on Tuesday.

He said the 279 girls are currently at the Zamfara government house waiting to be reunited with their parents.

Recall that there was speculation about their release on Sunday, but the state government dismissed the report as fake news.

Governor Matawalle who took to his Twitter account to announce the release of the schoolgirls on Tuesday wrote, “Alhamdulillah! It gladdens my heart to announce the release of the abducted students of GGSS Jangebe from captivity. This follows the scaling of several hurdles laid against our efforts. I enjoin all well-meaning Nigerians to rejoice with us as our daughters are now safe.”

Recall that President Muhammadu Buhari promised that the Jangebe schoolgirls’ abduction will be the last of such abductions in the country.

In another development, the commander of operation Lafiya Dole, Major-General Farouq Yahaya, has escaped an attack on his convoy by suspected members of the dreaded Boko Haram insurgents.

Naija News reports that Operation Lafiya Dole was launched by the Nigerian army to fight insurgency in the north-east.