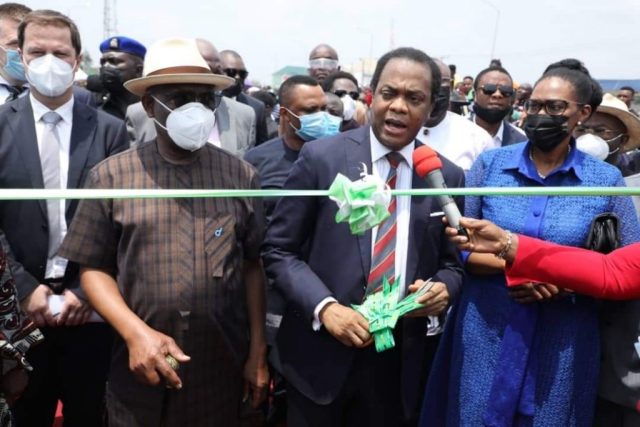 Duke said this on Monday in Port Harcourt, where he commissioned the Okoro-Nu-Odo Flyover, among other milestone projects completed by the state government.

He said Governor Wike is a trailblazer who has demonstrated leadership and spent state resources prudently for the good of Rivers people.

Duke congratulated Rivers people, “for being steadfast with your son. You gave him support and he has delivered. Leadership is not about winning the election. Leadership is about taking people to a destination.

“You may not always agree with Governor Wike at the onset. Later on, you’ll understand the wisdom of his stance. But you are never in doubt where he stands on any issues and that’s leadership.

“Today, we are celebrating many things he has done; the development of a community, the prosperity that will be brought in, leaving the community better than he met it and of course, we are saying thank you that we have a leader who is very rare to find in our country, that is people who say what they mean and mean what they say.”