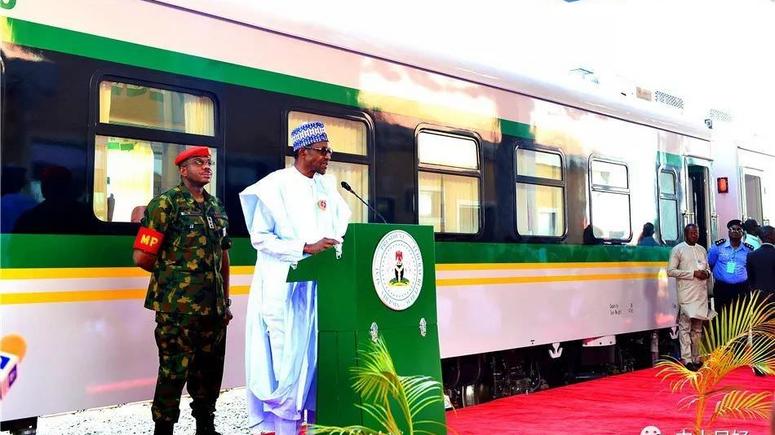 President Muhammadu Buhari will on Tuesday, March 9, 2021, perform the groundbreaking ceremony for the Eastern rail corridor.

This was disclosed in a statement by the Transport Ministry Director of press and public relations, Eric Ojiekwe in which the Minister of Transportation, Rotimi Amaechi was quoted to have affirmed the development.

According to the statement, Amaechi confirmed the development during the inspection tour to all the stations from Mobolaji Johnson Station at Ebuta Metta to Ibadan station over the weekend.

It added that the President has also approved the redirecting of the Eastern line to two new spurs namely: Abakaliki, Ebonyi State, and Awka, Anambra State.

Similarly, the Minister mentioned that the FG has approved the commencement of the Port Harcourt-Maiduguri rail project & is also negotiating loans for Lagos-Calabar rail project.

On the take-off of the Ibadan-Kano rail project, Amaechi informed that the government is still seeking approval for loan to enable it take off.

Speaking on the Lagos-Ibadan rail project, Amaechi noted that he has challenged Messrs. China Civil Engineering and Construction Company (CCECC) to deploy global acceptable safety and security standards for the project.

He also directed that a central cooling system be installed in all the major train stations along that route.

Meanwhile, former Minister of Aviation Femi Fani-Kayode has revealed that Nigeria is on the brink of war following the deteriorating security situation in the country.

Speaking during an appearance on Channels Television’s Sunday Politics, Fani-Kayode said the only way to stop the impending war is for Nigerians to come together and unite.

He asserted that Nigeria is divided into regional, ethnic and religious lines, saying that discussing together as a nation will foster peace and unity.

Fani-Kayode, however, warned against the deteriorating security situation in Nigeria, calling on President Muhammadu Buhari to wake up to his responsibility of securing the nation.