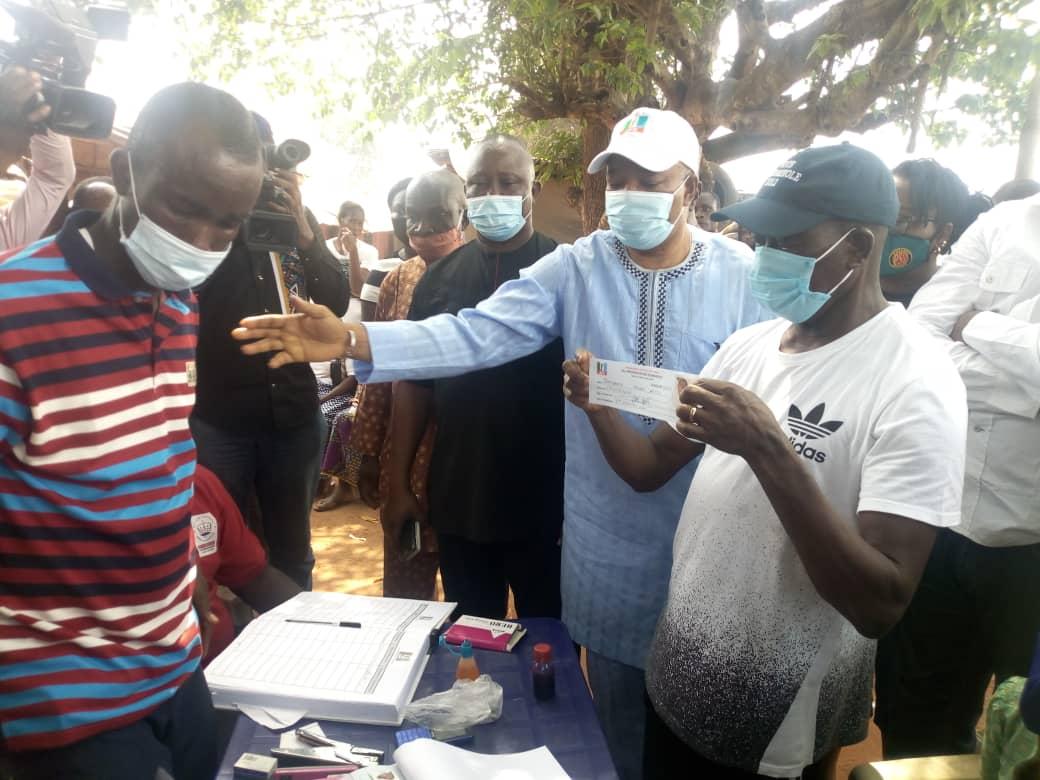 Former National Chairman of the All Progressive Congress (APC), Comrade Adams Oshiomhole, made a U-turn on the comment he made regarding the APC revalidation exercise.

Naija News recalls that the former Edo Sate Governor said it would be meaningful for those who decamped to APC to register while those who have left should be deleted.

He stated this while speaking to newsmen after revalidating his membership of the party at Unit 1, ward 10, Iyamho, Etsako West Local Government Area of Edo State.

“There is nothing in the APC constitution that says a member shall revalidate or renew his membership. Once you register when you joined the party and you have not decamped, you are a member. So revalidation is strange to our constitution,” Oshiomhole had said.

But in a statement issues on Saturday, the former APC chairman said that his recent comment that the word ‘revalidation’ is not in the party’s constitution was taken out of context.

Oshiomhole said: “I made a comment to the effect that the word ‘revalidation’ is not in the party’s constitution and that the appropriate word should be ‘updating the membership register’ as provided for under section 9.4 (1) which reads that “a Register of members shall be compiled and maintained at the Ward level and be transmitted to the Secretariat of the Party at the Local Government Area, which shall transmit a copy to the State Headquarters, which in turn shall transmit a copy to the National Secretariat. Provided that the Party shall update its membership records every six months and remit updated copies to appropriate Secretariats,” the former Edo State governor said in a clarification.

“Given the above constitutional provision, I emphasised that updating the party register is not only constitutional but also necessary, given the fact that from the time the party was formed in 2014 and now, many people have died, some have resigned and more people have joined the party.

“Indeed, it is as a result of the previous update of the register of members at the ward level, as stated above, that has enabled those who were not members of the party at its inception in 2014 to join the party and contest for various elective offices such as Governor, Senator, House of Representative, House of Assembly among others.”

Oshiomhole wondered how his “advice that the National Caretaker Committee should have used the word ‘update’ rather than ‘revalidation’ is tantamount to ‘Oshiomhole’s crowd reawakening’ to fight the President as being insinuated in some quarters.”