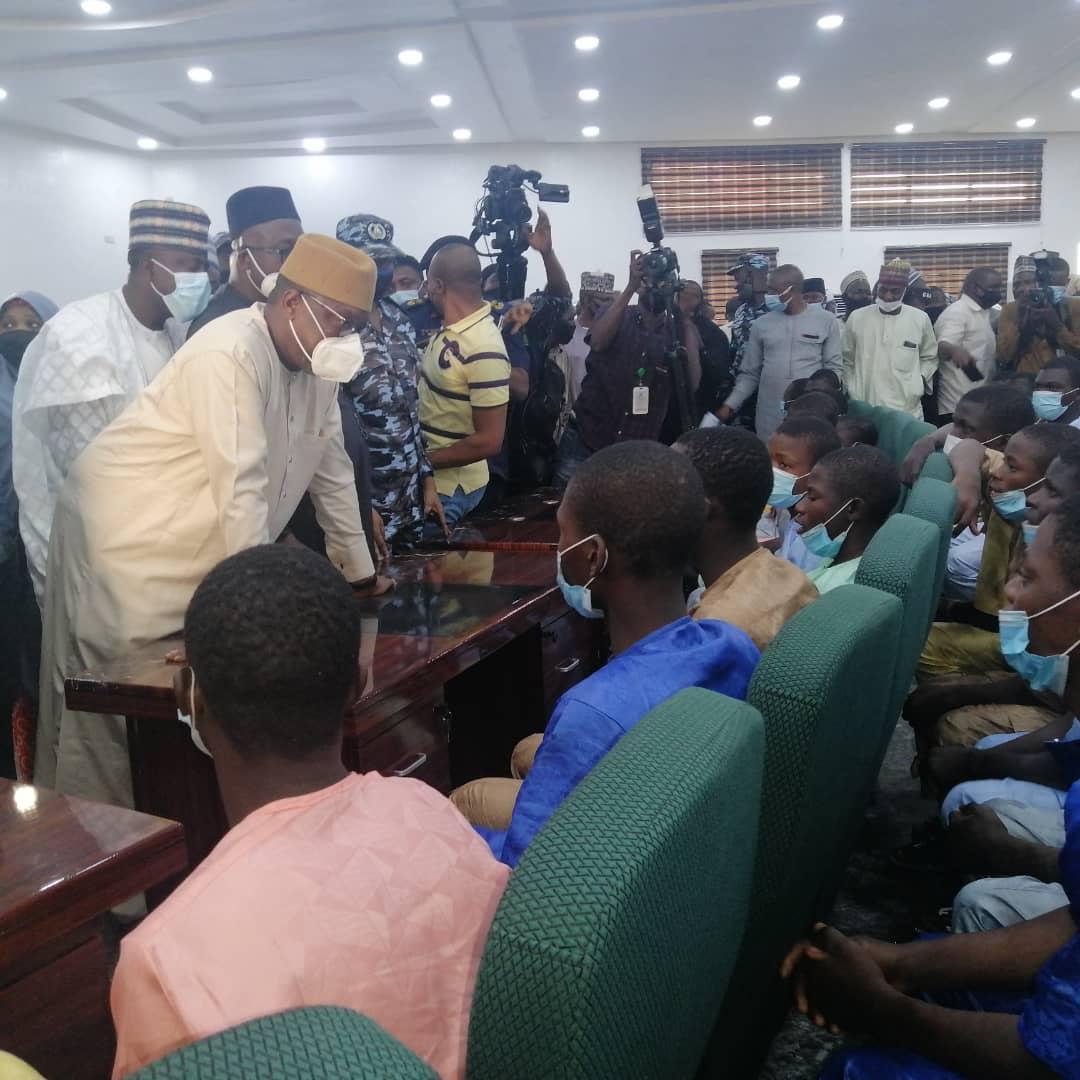 Governor Abubakar Bello of Niger State has dismissed reports that the state paid a ransom for the release of students abducted from Government Science College, Kagara.

Speaking to newsmen after meeting with the abductees, Governor Bello said “a lot of logistics” were involved in ensuring the safe release and movement of the abductees from the kidnappers’ den to the state capital.

He stated that security agencies, traditional rulers, and local vigilantes were involved in ensuring the safe release of the victims.

“There was no ransom. We, however, incurred a lot of logistics because we had to involve so many groups — even the logistics — to bring them, and to settle the stakeholders — I’m referring to security agencies, our local vigilantes, our traditional rulers and other stakeholders,” he said.

“It was a very difficult task, very demanding, and at the end of the day, we are happy it yielded result,” he added.