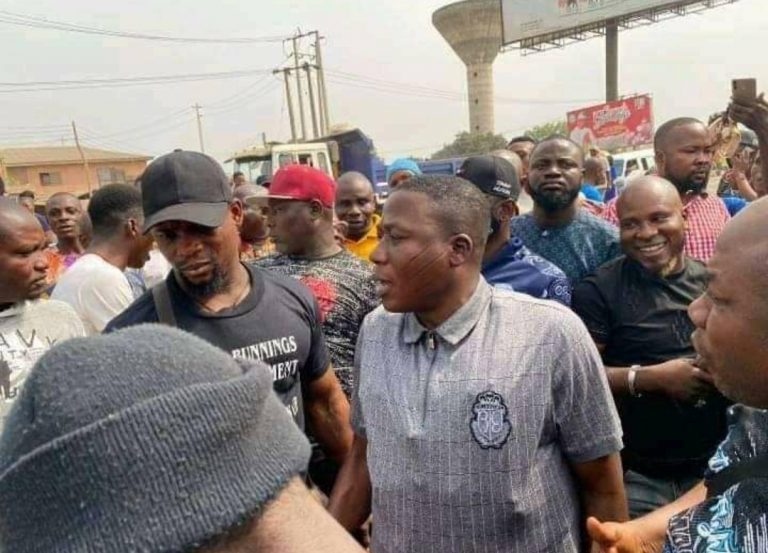 The Seriki Fulani of Igangan, Abdulkadir Saliu, has accused one Jambele, who he claimed is a kidnapper, of inviting Sunday Adeyemo, popularly called Sunday Igboho, to chase Fulani herdsmen out of the community.

Recall that Igboho issued an eviction order to Fulanis in Ibarapaland and some hours after his visit to the community the house and cars of the Seriki Fulani, Saliu, were burnt.

Speaking in an interview with The Punch, Saliu accused Yorubas of being behind the kidnapping in Igangan and not Fulani herdsmen.

He denied negotiation with kidnappers for the release of their victims and also dismissed reports that he was involved in the act of abduction.

Asked about allegations that he was the kingpin to Fulani kidnappers in Ibarapa and if he shielded them, the Seriki Fulani said: “This allegation is false. Whoever said so should come out and say it to my face. The person should name the people that I negotiated with kidnappers to release. I will be happy to see such a person who can come out and present a proof that I served as a negotiator and collected ransom for the kidnappers.

“There is nothing like that. I have been the person reporting cases of kidnapping of both Yoruba and Fulani victims in the area. The records are there with the police both in Eruwa and Ibadan. People should take the pain to find out. How can I be a godfather to the kidnappers?

“Majority of kidnapped victims in Ibarapa were Fulani people and if I count them, they are up to 24. Among them were those killed after the kidnappers collected the ransom. On the other hand, the number of Yoruba that were kidnapped in Igangan cannot even be up to four.

On if he meant Yoruba indigenes were kidnapping Fulani herdsmen, Salihu said: “Yes, it was a collaboration between Fulani and the Yoruba people in the area.”

The Seriki Fulani stated that the traditional ruler in Igangan was aware of all the Kidnappings going on in the community.