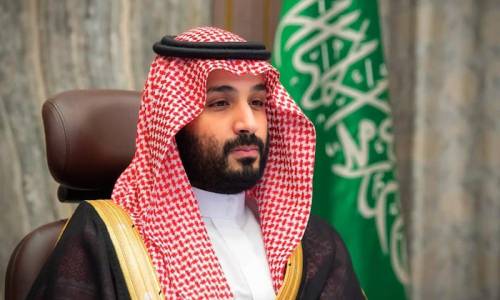 The Saudi crown prince, Mohammed bin Salman, approved the 2018 murder of Washington Post journalist Jamal Khashoggi, according to a declassified assessment of the killing released to Congress by US intelligence agencies.

The four-page report confirmed the long-suspected view that the 35-year-old future king had a personal hand in the violent and premeditated murder of one of his most prominent critics, a columnist and former Saudi insider who was living in exile in the US and used his platform to decry the prince’s crackdown on dissent.

Friday’s release of the assessment was expected to be accompanied by further actions from the Joe Biden administration, which are expected to be unveiled by the State Department.

Bloomberg reported that the administration has identified 76 Saudis who may be subject to sanctions under what it is calling its new “Khashoggi policy”, which would impose visa restrictions on individuals who are believed to have acted on behalf of a foreign government and engaged in serious “extraterritorial counter-dissident activities”. It is not clear whether Prince Mohammed will be on the list.

The White House was also, according to a Reuters report, considering the cancellation of arms deals with Saudi Arabia that pose human rights concerns.

The partially-redacted assessment, which was released by the Office of the Director of National Intelligence and relied heavily on information gathered by the CIA, said the agencies assessed that “Saudi Arabia’s Crown Prince Mohammed bin Salman approved an operation in Istanbul, Turkey to capture or kill Saudi journalist Jamal Khashoggi.”

It based the assessment on the prince’s “control of decision making in the kingdom, the direct involvement of a key adviser and members of (the prince’s) protective detail in the operation, and (hi)] support for the using violent measures to silence dissidents abroad, including Khashoggi”.

The US intelligence agencies’ assessment – which was released around 9pm Saudi time – also found that the prince’s “absolute control” of the kingdom’s security and intelligence organisations made it “highly unlikely” that Saudi officials would have carried out an operation like Khashoggi’s murder without the prince’s approval.

Included in the assessment were several bullet points that contributed to the agencies’ final assessment, including that Prince Mohammed had “probably” fostered an environment in which aides were afraid that they might be fired or arrested if they failed to complete assigned tasks, suggesting they were “unlikely to question” the prince’s orders or undertake sensitive tasks without his approval.

The report pointed to the fact that the 15-member hit squad that arrived in Istanbul worked for or were associated with the Saudi Center for Studies and Media Affairs at the Royal Court – which at the time was led by Saud al-Qahtani, a close adviser to the prince who claimed publicly in 2018 that he did not make decisions without the prince’s approval.

The team also included a subset of the Saudi royal guard, known as the Rapid Intervention Force, which reported only to Prince Mohammed.

“Although Saudi officials had pre-planned an unspecified operation against Khashoggi we do not know how far in advance Saudi officials decided to harm him,” the report concluded.

While Prince Mohammed has previously denied ordering the killing or having any knowledge of it, the damning picture portrayed by the new report raises serious new questions about his future as the Saudi heir.

The revelation comes more than two years after Khashoggi entered the Saudi consulate in Istanbul on a mission to retrieve papers that would allow him to marry his Turkish fiancee, Hadice Cengiz, who has since emerged as a fierce advocate for justice for her late partner.

Cengiz did not immediately comment on the report but tweeted out a photo of Khashoggi.

While Khashoggi had been assured by Saudi officials that he would be safe inside the consulate’s walls, grisly details later emerged – pieced together through recording and other evidence gathered by Turkish authorities – that described how a team of Saudi agents, who had arrived in Istanbul on state-owned planes for the intended purpose of killing the journalist – subdued, killed and then dismembered Khashoggi using a bone saw. In one recording, a close ally of Prince Mohammed referred to the journalist as a “sacrificial lamb”.

The decision to release the report and expected move to issue further actions represents the first major foreign policy decision of Joe Biden’s presidency, months after he vowed on the presidential campaign trail to make a “pariah” out of the kingdom. The White House has said it is seeking to “recalibrate” its relationship with the oil-rich nation, in a major departure from the close relationship the crown prince, who is known as MBS, had with Biden’s predecessor, Donald Trump, and Trump’s adviser and son-in-law, Jared Kushner.

The former president defended and brushed aside the findings of his own intelligence agencies even after it became widely known through media reports that the CIA had concluded with a medium- to high-degree of confidence that Prince Mohammed had approved the murder. Trump was reported to have bragged to the Washington Post reporter Bob Woodward that he had protected the crown prince from congressional scrutiny, telling Woodward: “I saved his ass.”

The declassified US intelligence assessment was released after it was mandated by Congress. The Trump administration had ignored the law but the Biden administration signalled early on that it would be willing to release the document.

Ron Wyden, the Democratic senator from Oregon who authored the law that forced the release of the report, said in a statement that America was sending the message that “lawlessness won’t stand”.

“By naming Mohammed bin Salman as the amoral murderer responsible for this heinous crime, the Biden-Harris administration is beginning to finally reassess America’s relationship with Saudi Arabia and make clear that oil won’t wash away blood,” Wyden said.

He added that there was “still far more to do to ensure the Saudi government follows international laws” and called for the crown prince to suffer “personal consequences”, including financial, travel, and legal sanctions.

Its publication follows years of lobbying by Cengiz and other human rights advocates who have said that Saudi Arabia was never held accountable for the murder.

Saudi officials initially denied that Khashoggi had been harmed in the consulate, and had tried to create the impression using a body double wearing Khashoggi’s clothes that the 59-year-old had left the building. Eventually, officials in the kingdom acknowledged Khashoggi had been killed but blamed the murder on a “rogue operation”.

The release of the US report could have significant repercussions for the crown prince, though most analysts agreed that it was not immediately clear who might replace him following a years-long campaign by the future king to target and imprison his most likely political rivals, including the former crown prince Mohammed bin Nayef.

While the killing initially tarnished the crown prince’s reputation, Trump’s staunch support of the Saudi heir, even in the wake of the wake of the murder and media reports that said US intelligence officials believed “MBS” had a hand in the killing, ultimately helped to rehabilitate his image, including with business leaders and politicians and heads of state across Europe.

Saudi prosecutors put 11 unnamed officials on trial in what was largely seen as a sham proceeding, and later reduced the death sentences of five of the men who were convicted of killing the dissident to 20-year prison terms.