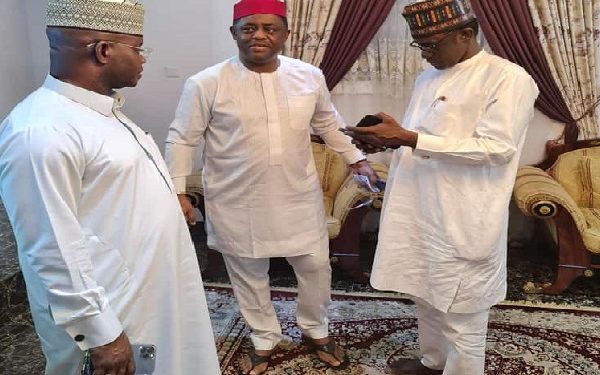 The warning was given by Secondus after a meeting with the former Aviation minister in the administration of ex-President Olusegun Obasanjo.

Secondus and Fani-Kayode was joined at the meeting at his residence by the PDP National Working Committee (NWC).

He said: "We advise our brothers on the other side, especially some of these governors and leaders of APC that they should face the business of governance.

"Jumping around and looking for critical stakeholders of our party to poach will not resolve the issue of security or economy.

"Our brother is firm and a man of his word. There is no amount of trick that will make him sway otherwise. He is firm with PDP and we are back to business while will prepare for 2023."

This led to speculations that Fani-Kayode was planning to defect to the ruling APC.

Bello had also in a video claimed that the former minister had shown interest in joining APC.