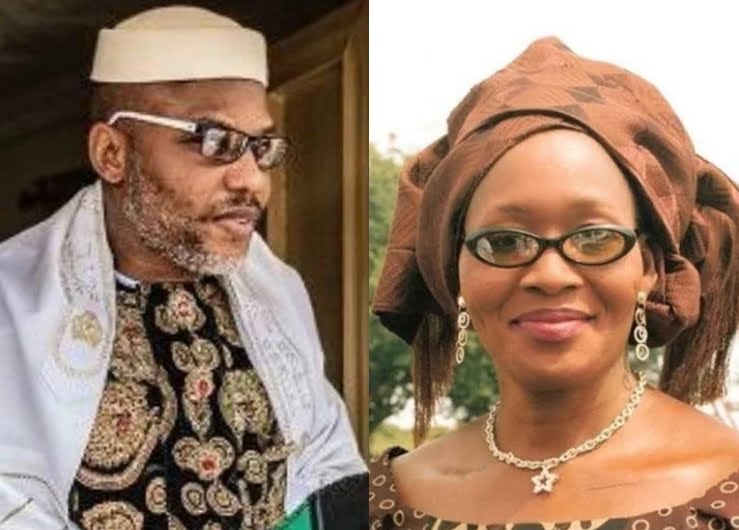 Nigerian controversial journalist, Kemi Olunloyo has taken to Twitter to apologized for antagonizing the Indigenous People of Biafra, IPOB and its leader Mazi Nnamdi Kanu for 3 years.

Olunloyo in a thread of tweets on Friday, February 26 disclosed her encounter with members of the IPOB, both men and women while she was in Port Harcourt prison years back.

She recalled how she warned that President Muhammadu Buhari will declare the group as terrorist group. According to her, presidency had wanted the mainstream media to refer to IPOB as a terror group.

Olunloyo in the thread disclosed that she had warned earlier that the criminals were basically Boko Haram who have been rebranding as kidnappers & bandits. She said though her claims were not taken with but that she continued to analyze the situation wondering why the group were NOT PROSCRIBED as Terrorists too just like IPOB.

Olunloyo's tweet reads: "The Nigerian government needs to pay proper attention to national security regarding IPOB. When I was in Port Harcourt prison I discovered a lot that I have not spoken about. First I want to apologise for antagonizing IPOB & Kanu for 3 years. I met many IPOB boys and girls in #PHMax and interviewed them. They were incarcerated because they took part in a separatist rally after Kanu was released from prison. I felt they were innocent and Kanu did not do enough to facilitate their release. He was fleeing."

"Many are still in prison because of this rally case. They told me that the Nigerian army killed a lot of them at that rally. Coming out of prison and investigating, I discovered it was genocide and notified amnesty. The army has repeatedly denied the killings.

Before the rally I waved a red flag warning IPOB that Buhari will make them a Terrorist group and that Journalists are not the ones to fight as we expose your plea. No media house touched IPOB stories in 2016 except HNNAfrica. Others deemed it too sensitive and it HAPPENED

"After IPOB was proscribed as a Terrorist group by LATE Justice Abdul Karafati who by the way died of #Covid19 complications last night, I warned IPOB to stop displaying the behavior they are accused of. The herders crisis began then FFK and Fayose started tweeting.

By 2018 I tweeted that the criminals were basically #BokoHaram rebranding as kidnappers & bandits. Of course nobody takes me seriously and I continued to analyze the situation wondering why this group were NOT PROSCRIBED as Terrorists too? Nobody took it seriously.

I am NOT a member of the mainstream media. Aso Rock wanted all media to refer to IPOB as a terror group. They were PROSCRIBED and the mainstream media was encouraged to portray them as hardened criminals. When the killer herders were completely ignored, I focused