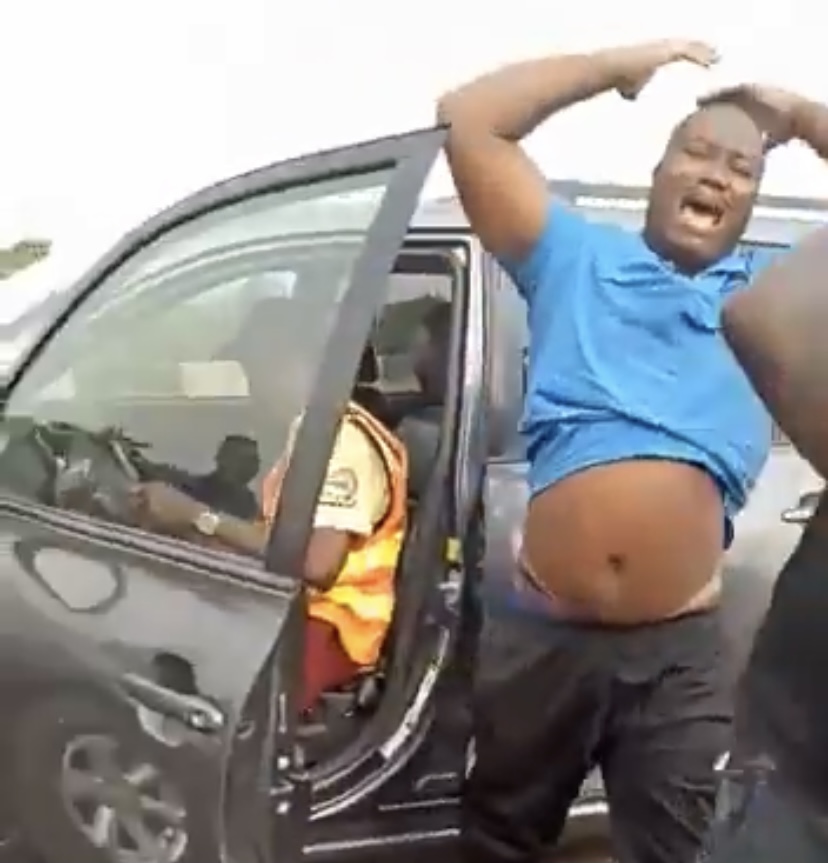 A 38-year-old driver, identified as Sunday Okodo, who knocked a police officer into a canal along the International airport road on Wednesday, has been remanded in Badagry prison.

This news platform reports that the Lagos State Police Command on Friday, February 26, arraigned Okodo before an Oshodi mobile court.

A viral video that made the rounds showed Okodo tipping a police officer off a bridge into a canal while trying to escape arrest.

Okodo was arraigned before the court on six charges which include driving against traffic (one way), resisting arrest, reckless and dangerous driving, driving with an invalid driver’s license, assaulting a police officer, and attempted murder.

The police say he will be charged to court for the attempted murder charge in another court.

In the ruling, the court remanded Okodo in Badagry prison until March 26 for the next hearing and was denied bail.

Naija News reports that the General Manager of Lagos State Traffic Management Authority (LASTMA), Olajide Oduyoye had said that Okodo will be charged for attempted murder.

Reacting to the incident while appearing as a guest on Channels Television’s Sunrise Daily, Oduyoye revealed that Okodo has been charged to court with two counts of attempted murder and traffic violation.

He said the police inspector identified as David Zapaina, has been discharged from the hospital with non-life-threatening injuries.

“He is alive and he has been discharged from the hospital but it is more like he needs to seek more local intervention to reset his bones,” he said.