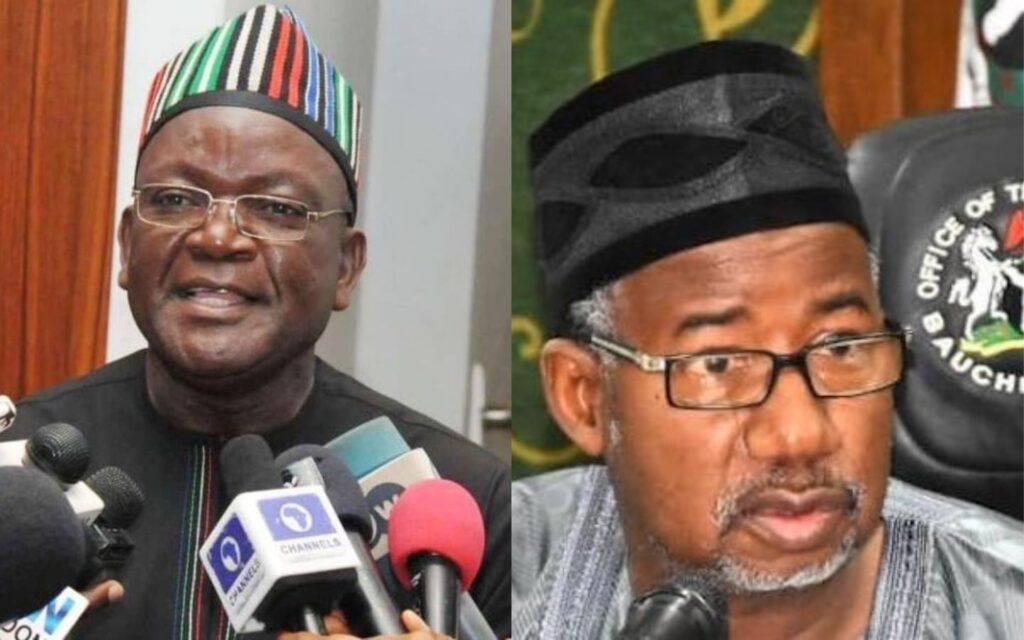 Governor Bala Mohammed of Bauchi State has urged the Benue State Governor, Samuel Ortom, to prove his claim that he is sponsoring terrorism.

Recall that Ortom has accused the Bauchi governor of being a member of the Fulani terrorists terrorizing Nigeria.

The Benue state governor also stated that Bala Mohammed should be held if anything happens to him.

He said, "Since he (Mohammed) has chosen to vilify and intimidate me. I am compelled to think that he is one of the Fulani terrorists terrorising this country.

"Why did I say so? This is the same governor who took an oath of office to protect the constitution of the Federal Republic of Nigeria.

"The constitution does not give room to allow foreign armed Fulani herdsmen, Tiv people or Yoruba or any enthnic groups to come in and to carry arms but Bauchi governor said that every Fulani man is a global man so he could go anywhere at any time."

Reacting in a statement on Wednesday, the Bauchi governor Senior Special Assistant on Media Mukhtar Gidado asked Ortom to provide evidence for his allegations.

The statement partly reads: "In our resolve to deescalate the tension that has gripped the country over the sacking of Fulani herdsman from Ondo State, we had resolved not to join issues with any other person over the position of His Excellency, Governor Bala Abdulkadir Mohammed, CON, on the issue.

"However, while standing on that resolve, it will be irresponsible of us to ignore two unfortunate claims made by the Benue State Governor, Dr. Samuel Ortom, at a press conference last Monday. During the conference, Governor Ortom alleged, among other things, that:

"Governor Bala Mohammed is a terrorist, sponsoring those he described as Fulani terrorist herdsmen."

"We are therefore shocked that Governor Ortom could, in good conscience, address a fellow Governor whom, he had described as a brother, as a terrorist and who should, to wit, be placed under watch should anything untoward happen to him (Ortom).

"We want to state that Governor Ortom has carried the unfortunate theatrics, for which he is well known, to a very precipitous level of brinkmanship.

"As a journalist and democrat, Governor Bala Mohammed, concedes to Governor Ortom the right to reply. However, through his unfounded and grave allegations, the Benue State Governor has over-personalised the matter, thereby reducing the debate to a level of toxicity that is neither healthy for the country nor helpful to the People's Democratic Party, PDP.

"One of the main attractions of democracy is the freedom of speech which we relish very much in this country. That is why anybody can rise and make any allegation as they choose. However, as the legal dictum goes, he who alleges must prove.

"So, if Governor Ortom is not playing to the gallery, we challenge him to substantiate his claim that Governor Bala Mohammed is in cahoots with anybody to kill the Benue State Governor.''