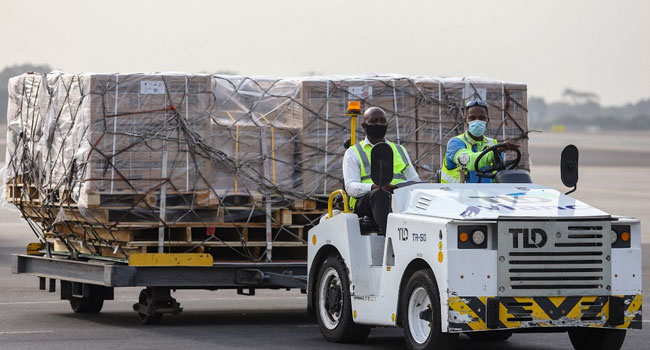 Ghana on Wednesday became the first country to receive vaccines from COVAX, a global scheme to procure and distribute Covid inoculations for free for poorer countries.

The 600,000 doses delivered to Ghana are the Oxford/AstraZeneca formula, made under license by the world's largest vaccine manufacturer, the Serum Institute of India.

They are part of an initial tranche of deliveries headed to several low and middle-income countries.

An Emirates flight carrying the vaccines touched down at Accra's Kotoka International Airport shortly after 0740 GMT, where a government delegation led by the Minister for Health Designate Kwaku Agyeman Manu received them, in images broadcast on television.

Ghana's food and drug authority has already authorised the use of the Indian-made vaccines as well as Russia's Sputnik V, according to local media. 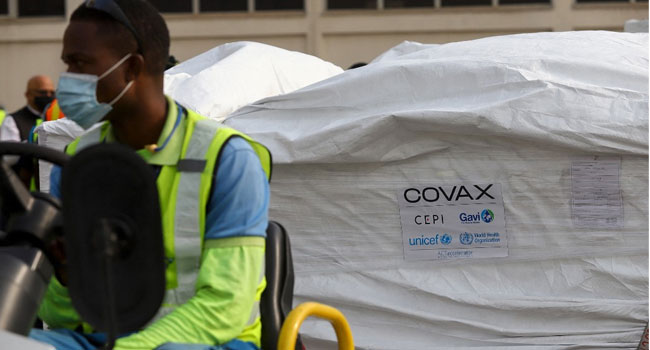 The West African nation has recorded 80,759 Covid-19 cases and 582 deaths since the start of the pandemic, although the true figure is believed to be higher because of lack of testing.

Vaccinations are scheduled to start on Tuesday in Accra, Kumasi, and Obuasi.

They will begin with health workers and other frontline staff, adults over 60, and people with underlying health conditions, Information Minister Kojo Oppong Nkrumah said.

The first who will get the vaccines also include "frontline executive, legislature, judiciary, and their related staff, frontline security personnel, some religious leaders, essential workers, teachers, and other personalities," he said.

The government said it was making "frantic efforts" to acquire enough vaccines to inoculate all of Ghana's 30 million people and urged people to take part in the drive.