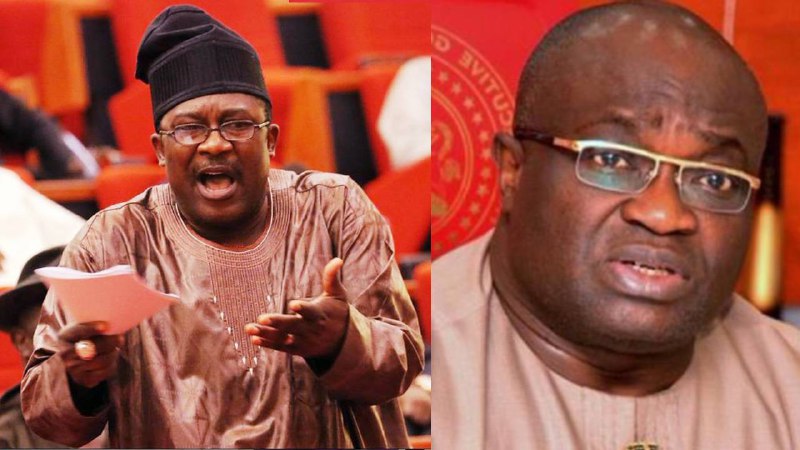 The Movement for the Actualization of Sovereign State of Biafra (MASSOB) has accused Kogi West Senator, Smart Adeyemi of having hatred and disdain for the entire Igbo race.

MASSOB said this in a statement made available to newsmen in Akwa by its leader, Comrade Uchenna Madu where it reacted to Adeyemi’s statement on the floor of the Senate in which he described Abia State Governor Okezie Ikpeazu as a drunkard.

The MASSOB statement said Senator Adeyemi has touched the Lion’s tail and must apologize within three days.

Madu who went ahead to describe Ikpeazu as a good man, said Adeyemi’s statement is part of a calculated attempt by some politicians to discredit Igbos ahead of the 2023 elections and prevent them from contesting the nation’s presidency.

He said: “MASSOB views this unprovoked assault on the person of a sitting governor in Igbo land as an insult to Ndigbo and we can never accept it.

“They are desperate to discredit Igbo leaders because of 2023 general election. MASSOB, therefore, warns Senator Adeyemi that he has three days to publicly apologize to Governor Ikpeazu and Ndigbo in general or risk sanctions, including being declared persona non grata in all parts of Igbo land.

“We understand that Senator Adeyemi is being driven by his perceived hatred against Ndigbo or has been sponsored by the enemies of Ndigbo for political reasons because he is aspiring to be the next governor of Kogi State.

“But we wish to warn him and others who lend themselves to be used against the aspirations of our people that we are ready for them. There is no nation in the world that will make progress while attempting to keep one part of the country down and this explains the lack of progress witnessed in Nigeria since the end of the civil war.

“This same issue is at the heart of our struggle to actualize Biafra where Ndigbo can flourish without anyone seeking to keep us down or abuse our leaders.”

Meanwhile, former Governor of Ekiti State, Ayodele Fayose, on Wednesday, disclosed tha he has not interest in the reported presidential ambition of the former Governor of Lagos State and National Leader of the All Progressives Congress, Bola Tinubu, in 2023.

The Peoples Democratic Party chieftain during an interview with Punch, expressed confidence that the main opposition party would produce President Muhammadu Buhari’s successor in the 2023 general elections.