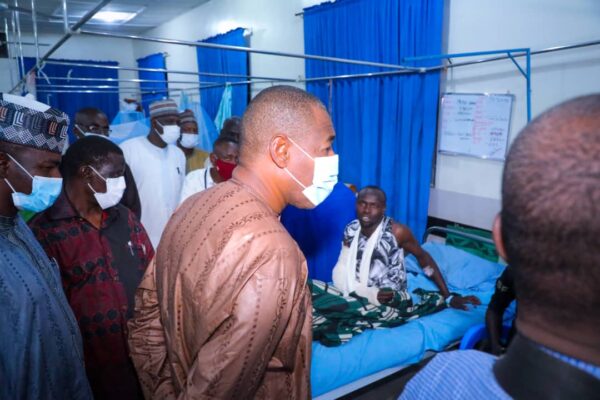 Governor Babagana Zulum of Borno State has condemned the attack on Maiduguri, the state capital by Boko Haram insurgents on Tuesday.

Speaking to reporters during a visit to the blast victims at different hospitals on Wednesday, Zulum said at least 10 persons were killed during the blast while about 50 people sustained injuries.

Zulum noted that it is a very sad moment for the people and government of Borno state, saying that he shared the pains of all those affected.

The governor described the attack as a new trend that must be stopped, adding that a similar attack happened last year.

He, however, called for the deployment of appropriate technology in tackling the problem.

He said: “Indeed it is a very sad moment for the people and government of Borno state, about 60 persons were affected, among them, 10 have died. It was as a result of long-distance shots fired by the insurgents. I believe this is a new trend we have to raise up and stop. We experienced a similar incident exactly one year ago.

“The solution is to deploy an appropriate form of technology, which will have to work on. I share the pains of all those affected but we are not just visiting hospitals, we do so much behind the scene in our combined responses to the Boko Haram insurgency and we will keep making these and more efforts.”