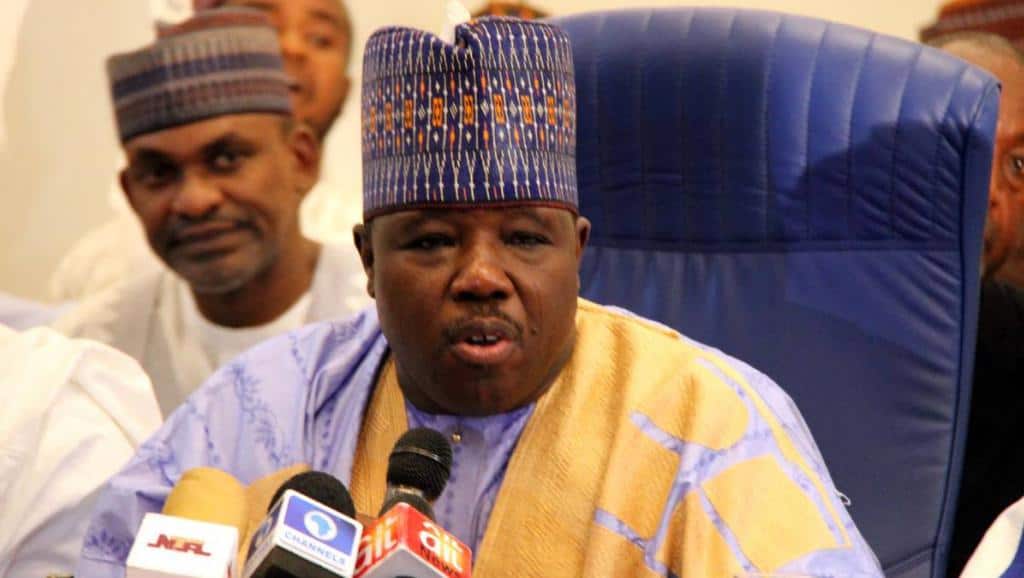 A former Borno State Governor, Senator Ali Modu Sheriff, has reportedly commenced meeting with state governors over his ambition to become the national chairman of the All Progressives Congress (APC).

Modu Sheriff, a former chairman of the Peoples Democratic Party (PDP), has not hidden his intention to become the ruling party’s chairman.

Speaking to newsmen after meeting with Governor Badaru Abubakar of Jigawa State, Sheriff said he has to meet with governors before kick-starting his campaign.

According to Sheriff, he remains the best material to be the chairman of the APC.

“No doubt, governors of our great party – APC are the engine room of the party and one cannot do anything tangible without consulting them,” he said.

“Today, our party needs a resilient leadership that knows what it takes to salvage it and I’m a more committed person that would do just that.”

On why he is meeting with Badaru, the former senator described the Jigawa State governor as one of the top respected chieftains of the APC, who is known for his dogged commitment to the betterment of party loyalists.

He added, “Whatever one is doing as far as APC is concerned in Nigeria, you have to consult Badaru because of his position among leaders in the nation and my ambitions could only be achieved if I consult governors.”