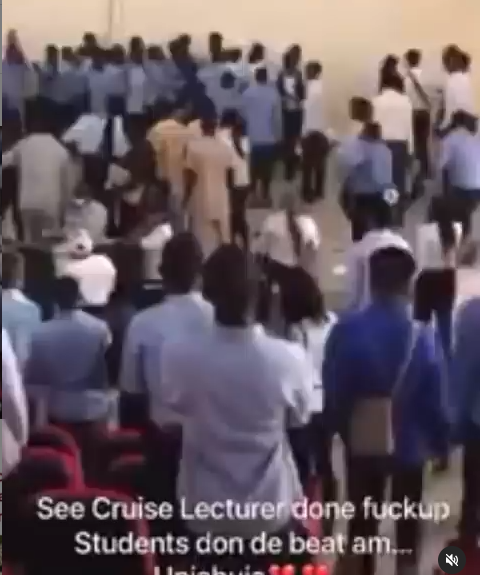 A video has been spotted online showing students of the University of Abuja beating their lecturer who was accused of collecting their answer scripts 45 minutes into a 3-hour exam.

It was gathered that the students involved in the incident are from the Banking and Finance department in the institution.

There were claims that the exam was supposed to last for 3 hours, but the lecturer decided to reduce the time to 45 minutes, a decision which did not go down well with the students.

In another development, a Nigerian lady has reportedly lost her job on her first day at work for allegedly asking her boss if she stands a chance to sit on his face.

Dipo Awojide, a business strategist who disclosed the development on his Twitter account on Tuesday, revealed that the lady got dismissed from work and will be paid for just one day.

Awojide berated the lady’s action, describing it as unnecessary wah ala. He said though it is okay to be open to one’s romantic feelings that respect is in great demand in the office.