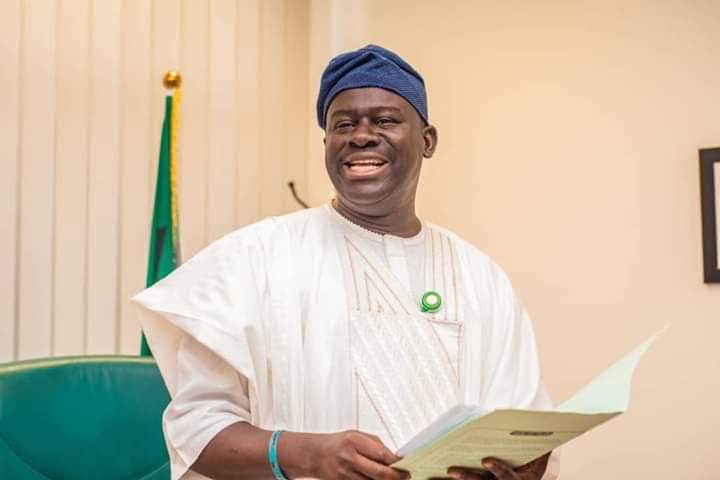 Nigeria ruling party, the All Progressive Congress has received the new membership of Peter Makinde, a member of the House of Representatives in Ondo State.

The politician declared his intension to dump ADC in a letter of defection read before members of the Federal House of Representatives at the plenary on Tuesday, February 23, 2021.

The letter which was read by the Speaker, Femi Gbajabiamila, blamed the defection on the alleged division in the ADC camp. Receiving Makinde to APC, Gbajabiamila after reading the defection letter at the plenary said: “You’re welcome to the progressive party.”

Naija News understands that several members of the Nigeria opposition party, the Peoples Democratic Party called for an order after the house speakers’ statement.

In his reaction to the defection, the leader of the minority caucus, Nicholas Ossai protested against the defection, stating that it breached Section 68 of the Constitution.

Gbajabiamila, however, dismissed Ossai’s arguments, asking him or any member of the opposition to mention the name of the chairman of ADC. The speaker condemned those protesting against the defection, noting that they lacked knowledge of the goings-on in the ADC and, as such, are not in the position to query the reason cited by Makinde for the defection.

Gbajabiamila described them as “meddlesome interloper,” saying they “have no locus” and, therefore, a “busybody.”

“You don’t even know the name of the chairman of the party, so your (point of) order is overruled,” he said.