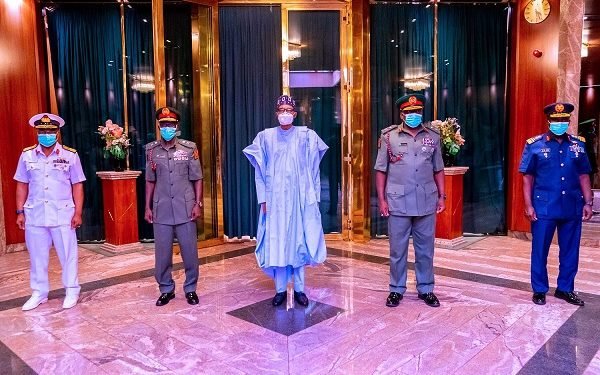 The House of Representatives under the leadership of Femi Gbajabiamila, on Tuesday, confirmed the appointment of the newly appointed Service Chiefs.

Recall that President Muhammadu Buhari on the 26th of January appointed new service chiefs after he sacked the previous ones.

The chairman of the Committee on Defence, Babajimi Benson, presented the report of the committee during plenary on Tuesday and considered it by the committee of the whole before it was adopted by the House.

According to the committee chairman, the nominees were thoroughly screened.

This is coming after the Nigerian Senate has confirmed the immediate past service chiefs as non-career ambassadors.