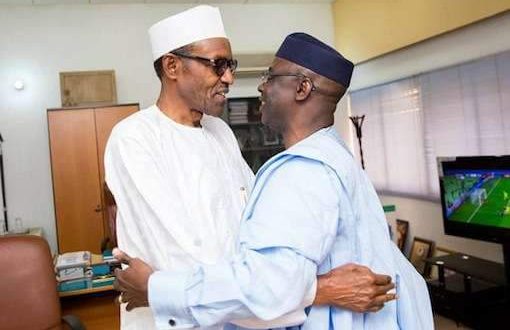 Speaking during a sermon on Sunday, the renowned pastor stated that he will also not give up on Nigeria, adding that the country must work during his lifetime.

Bakare said that the reason he will be praying for the president to succeed is that his mother did not give up on him when he was crawling as a child.

Recall that Bakare was Buhari’s running mate during the 2011 presidential election but they lost to Goodluck Jonathan.

The embattled clergy released the prophetic declaration on his Twitter handle on Monday, 22nd February 2021.

Apostle Suleman prophecized that God would send his angels to protect and secure his followers this week.

He wrote: “Num 14.28-“as truly as I live, as you have spoken in my ears, so will I do unto you” THIS WEEK the Lord hear your cry, grant your heart desires.

“May he send his angels to protect you and secure you. May bad news be far from you and your loved ones

“May you enjoy favour in Jesus name.”