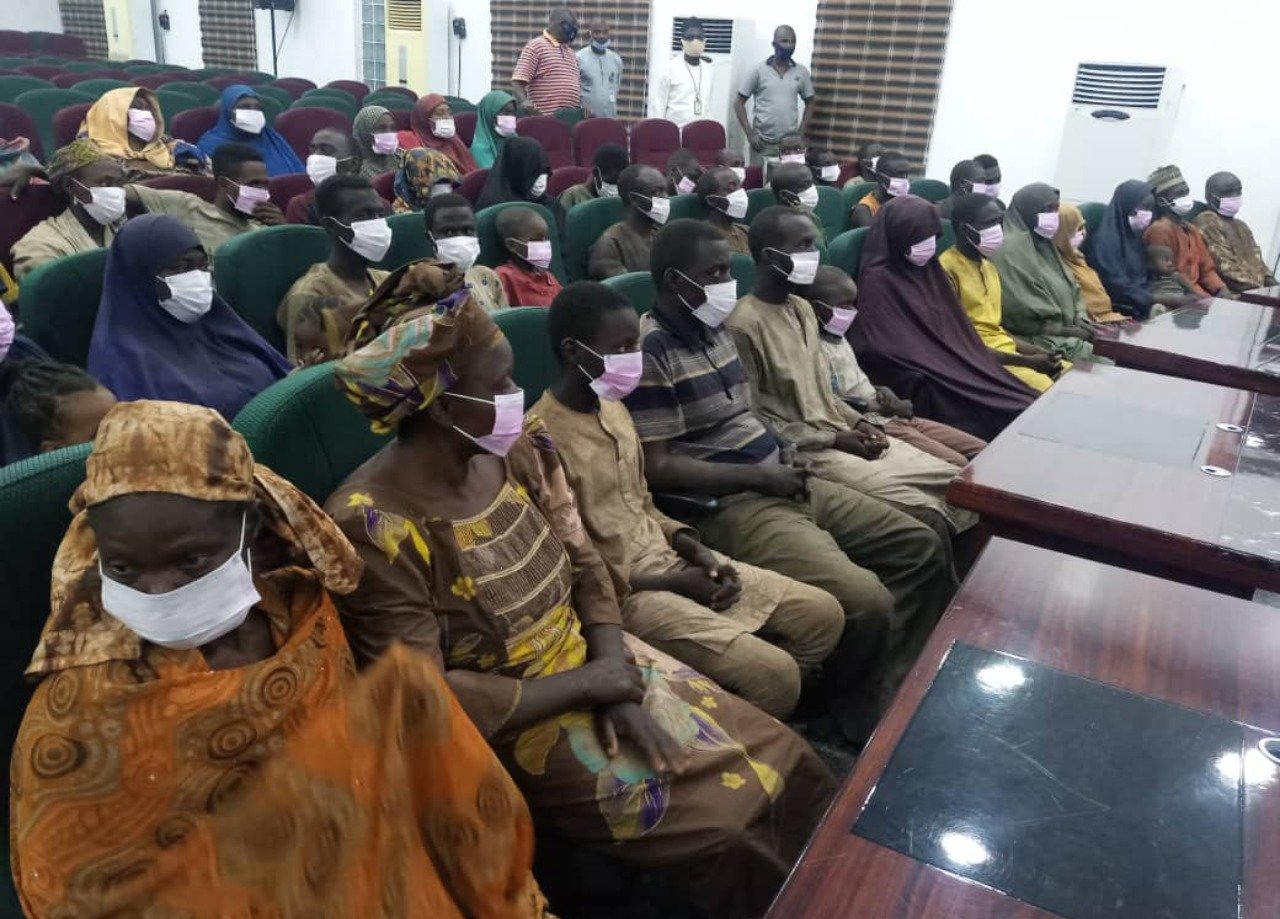 The Governor of Niger State, Abubakar Bello, on Sunday received the 53 passengers abducted by bandits from the bus belonging to the Niger State Transport Authority (NSTA) in Kundu village, along Tegina- Minna road in the State.

Bello while speaking on the development noted that the abductees were released due to a series of dialogue and consultations.

The travellers were handed over to the Niger State Government on Sunday after one week in their kidnapper’s den.

They arrived at the government house at exactly 11:15 pm yesterday, in four 18-seater buses.

The Niger State Governor noted that before releasing the victims to their families, they would have to undergo medical checkup and evaluation.

According to him, “We went through one week of dialogue, consultations, hard work and sleepless nights because we had to secure their release within the shortest possible time.”

“We have made all necessary arrangements to ensure that they go through a thorough medical therapy and evaluation and once that is done, then we can be safely handed them over to their loved ones.”

The Governor then thanked God for their safe return and also appreciated the people for their prayers.

In a development on the abduction of students and staff of Government Science College, Kagara, Niger State who were kidnapped by bandits on Wednesday, the state Governor, Bello, on Sunday noted that the abductees are yet to be released.

There were speculations earlier on Sunday that the students, staff of GSC, Kagara had been released and were on their way to the government.