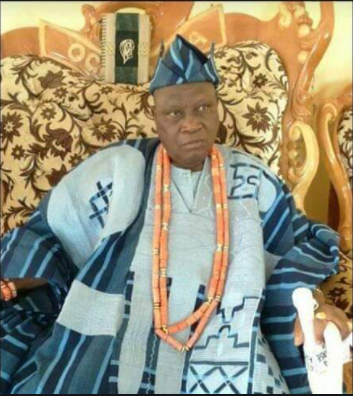 It was gathered that the prominent First Class traditional ruler in Kwara State died at about 11.30 pm on Sunday after a brief illness.

Oba Woleola, the 15th Olupo of Ajase-Ipo ascended the throne of his forefathers in 2009 and died after 12years of peaceful reign.

Until his demise, Oba Woleola was the Chairman of Igbomina Traditional Council in Kwara South.

As of the time of filing this report, no official statement has been issued on the passing away of the highly revered monarch.