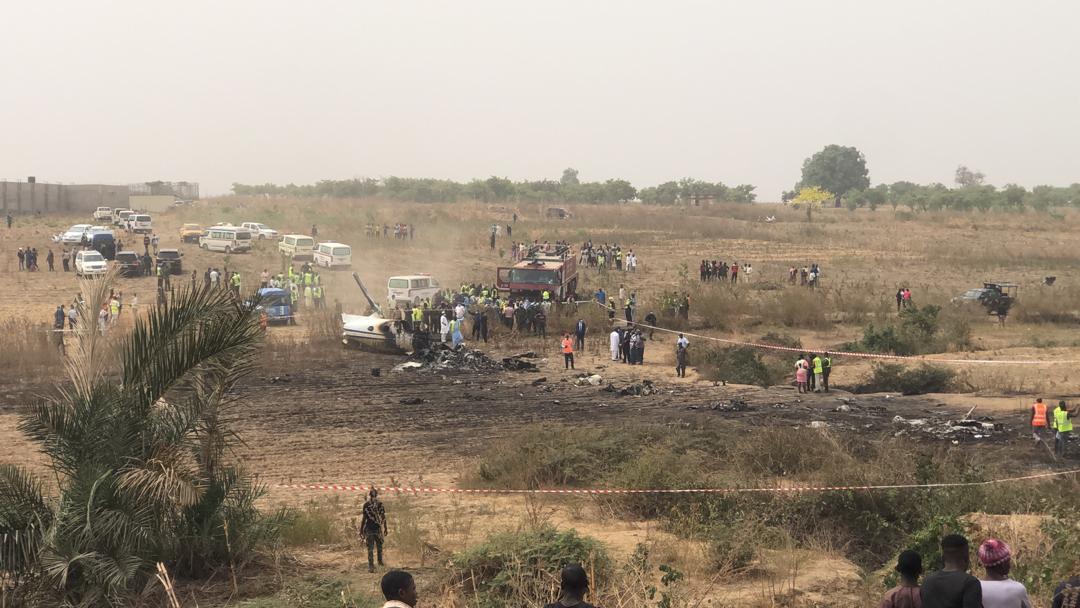 The Nigerian Air Force (NAF) on Sunday confirmed the death of all 7 personnel on board a military aircraft that crashed in the early hours of the day.

According to a statement by the NAF spokesperson, Air Vice Marshal Ibikunle Daramola, the crash was caused by a reported engine failure.

The Minister of Aviation, Hadi Sirika, who confirmed the development in a post on Twitter described the accident as “fatal” and prayed for the “departed souls”.

However, a list of five out of the seven people onboard obtained by SaharaReporters identified them as Flt. Lt. Gazama, Flt. Lt. Piyo, Flg. Offr. Okpara, FS Olawumi and ACM Johnson.

In a related development, President Muhammadu Buhari has sent a condolence message to the Nigerian Air Force and the families of the victims of the military aircraft that crashed in the Federal Capital on Sunday.

The condolence message was contained in a statement released through his Special Adviser on Media and Publicity, Femi Adesina, titled “President Buhari sends condolences to NAF, families of victims of a military plane crash.”