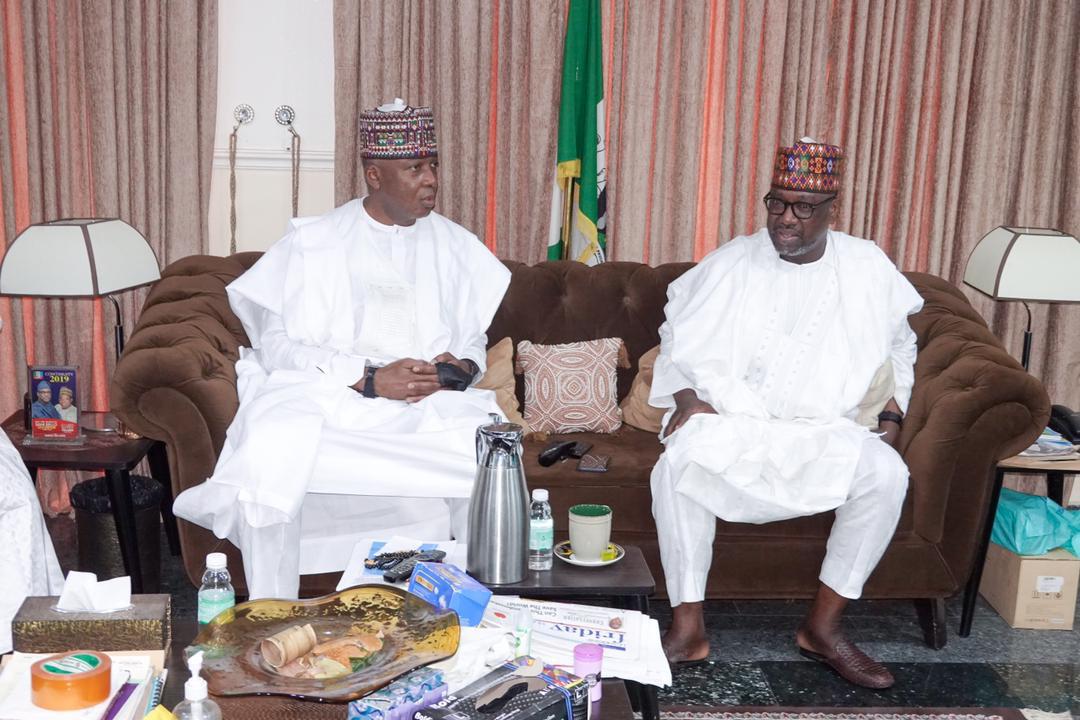 Former Senate President, Dr. Bukola Saraki has submitted that issues of security in Nigeria should not be left to the ruling party at the federal level alone.

This is as he called on all leaders and stakeholders irrespective of political, religious, or ethnic barriers to work together in order to stamp out insecurity in Nigeria.

The PDP chieftain made the call against the background of the recent abduction of staff and students of Government Science College, Kagara by armed bandits.

Saraki made the call in Minna, the Niger State capital on Friday when he led the Peoples Democratic Party (PDP) reconciliation and strategy committee on a solidarity visit to the Niger State Governor, Abubakar Sani Bello.

He expressed solidarity with the people and government of Niger State, while praying for the safe return of those abducted by the kidnappers.

Yesterday in Minna, alongside the members of the #PDPReconciliation & Strategy Committee and @Talban_Minna, we visited Gov. Abubakar Sani Bello to express our solidarity with the great people of Niger State over the abduction of students and teachers in Rafi LGA. pic.twitter.com/hKilzQ4Q3X

The PDP committee met with Babangida at his hilltop residence in Minna, Niger State.

According to Saraki who led the delegation, the visit is a continuation of engagements with influential leaders and stakeholders in our great party.

They also used the opportunity to pay a courtesy call on another former Head of State, General Abdulsalami Abubakar.

Meanwhile, the Minister of Information and Culture, Lai Mohammed, on Saturday, noted that President Muhammadu Buhari-led government will not pay ransom to secure the release of the abducted students and members of staff of Government Science College, Kagara.

Mohammed stated this while speaking on Channels TV on Saturday.

There have been speculations that the government had paid a huge amount of money to secure the release of the Kagara abductees.

The Minister when asked whether the government had paid ransom or was considering the payment of ransom, the minister said, “No”.

Mohammed added, “We employ kinetic and non-kinetic (measures), you don’t throwaway invitation to engage but the overall strategy you keep to your chest.”

The minister also said the government won’t tolerate any form of criminality in any form.