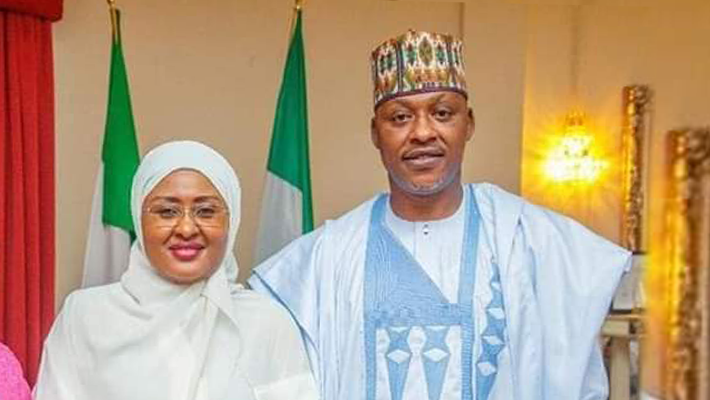 President Muhammadu Buhari has reportedly appointed his brother-in-law, Musa Halilu, as an Assistant Manager and the Chief Liason Officer of the Petroleum Technology Development Fund (PTDF).

According to Peoples Gazette, Aisha Buhari’s brother was recently appointed into the agency and now supervises the PTDF’s industry collaboration in the upstream division.

The new medium added that Halilu also serves as a liaison between the Ministry of Petroleum Resources, Nigerian National Petroleum Corporation (NNPC), Nigerian Content Development and Monitoring Board (NCDMB), and other relevant stakeholders crucial to the activities of the PTDF.

It was gathered that Halilu attended a board meeting at the PTDF last week after he was appointed into the lucrative agency.

“He was in a board meeting at the PTDF last week,” a source at the federal agency told the Gazette. “He’s calling the shots now.”

The 44-year-old businessman, politician and traditional chief in his home state Adamawa, is not known to be academically or vocationally trained in the workings of hydrocarbon operations.

Halilu is an alumnus of Kaduna Polytechnic where he acquired an Ordinary National Diploma (OND) in management studies between 1999 and 2001.

He, however, completed his Higher National Diploma (HND) programme from the same institution in 2005.

His public records showed that he also studied for a diploma in information communication technology at the National Institute of Technology, during his mandatory one-year National Youth Service Corps (NYSC) scheme for all Nigerian graduates in 2006.

Halilu was a former chieftain of the defunct All Nigerians Peoples Party (ANPP) and Congress for Progressive Change (CPC) and was part of the team that helped the President win the 2015 presidential election.

This paper reports that it is not clear whether the First lady helped her half-brother secure the appointment. Aisha Buhari has not been seen publicly in the country for five months, amidst claims that she had abandoned her husband and relocated to Dubai.