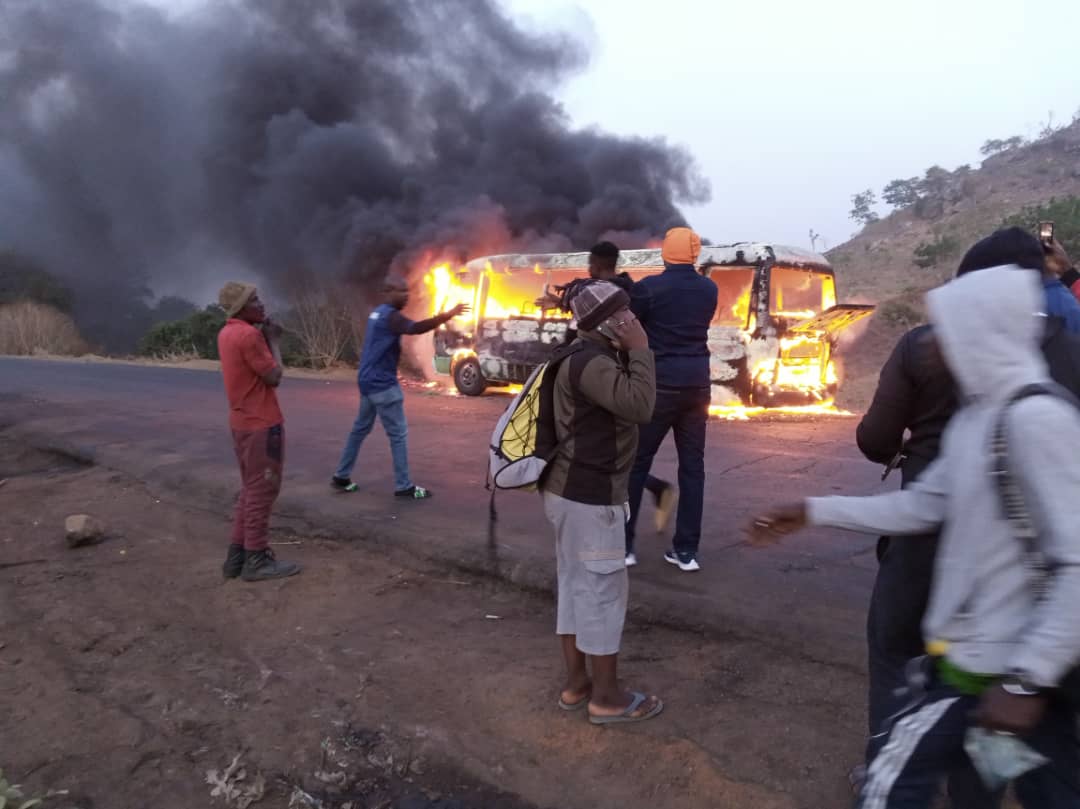 More revelations have emerged on the tragedy that happened with Wikki Tourists Football Club, on Thursday, February 18, 2021.

Naija News had reported earlier that bus converting players and officials of the Bauchi State government-owned football club, caught up with an unstoppable fire.

The supposed joyful sports trip ended abruptly after the bus lost two tyres at Hawan Kibo, a town near Jos, Plateau State, just before the fire started. The players were on their way to Uyo, the Akwa Ibom State capital, to play against Dakkada FC in the Nigeria Professional Football League (NPFL) before the incident happened.

Naija News understands that Wikki Tourists are supposed to play against Dakkada in the league on Saturday, February 20, 2021.

Reports emerging on the accident revealed that the team left Bauchi by 4:00 am on Thursday morning. Abdullahi Ibrahim, the secretary of the club while conversing with reporters on phone disclosed that one of the tyres of the bus carrying the players bursted while in motion and the vehicle went aflame.

He said “Yes, one of the tyres of the bus burst and the vehicle was engulfed by fire. Fortunately, the vehicle did not somersault and all the players and other occupants were able to escape through the windows of the bus.

“No one was hurt but the players and the occupants are in shock,” Ibrahim noted.

He, however, stated that everyone in the bus escaped without injuries, though players’ kits and other items belonging to team officials got burnt to ashes.

Ibrahim added: “Thank God no one was hurt, but the players are in shock because they all escaped through the windows of the bus, but all their match kits, jerseys and boots were burnt to ashes.”

Ibrahim disclosed that both players and officials were still at Hawan Kibo, while efforts were being intensified to return them to Bauchi, adding that relevant authorities, including NPFL officials, had been notified of the accident.

“They (players and officials) are still at the scene of the accident waiting for help. We have spoken with Plateau United to assist us with a bus to convey our players home because they are in shock,” the secretary said.

Speaking on the scheduled match, Ibrahim said he is not sure if the match would be played still or rescheduled.

He said: “the match is to be played this Saturday and it’s supposed to be a live match but, with this accident, we don’t know.

“We don’t know for now because even if they are to play the match, will they play barefooted?

“There was nothing that was removed from the bus. We have to ascertain the loss but all their bags, items, kits, jerseys were all burnt. The items are usually gathered at one corner in the bus whenever they are travelling.”

In another news, some eminent northerner scholars, statesmen and professionals have kicked against accusing Fulanis and Hausa of been behind insecurity rocking the nation.

In a statement Bashir Tofa, the northern leaders said criminality shouldn’t be attached to only one particular ethnic group, Naija News reports.