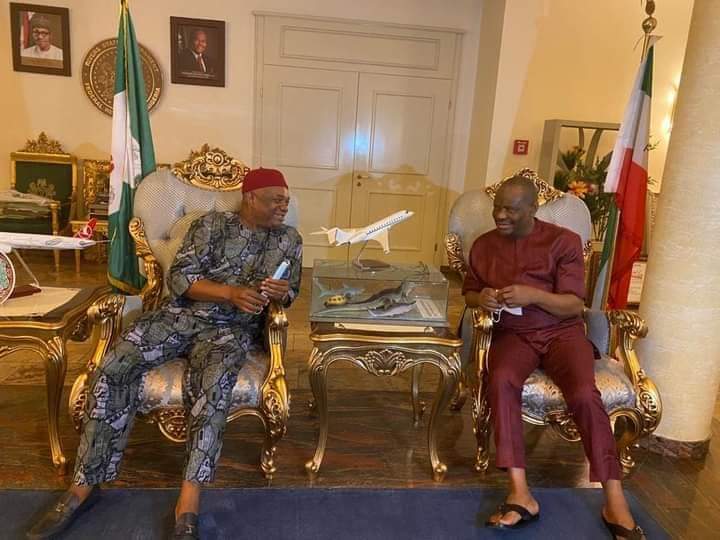 The chief whip of the Nigerian Senate arrived in Port Harcourt around 9 pm on Wednesday to visit Governor Wike.

Kalu’s visit to the Rivers State Government House would be the first after he handed over power as Governor in 2007.

The meeting between Governor Wike and Senator Kalu was held behind closed doors with few leaders of the Peoples Democratic Party (PDP) in Rivers State.

Details of the meeting have not been revealed at the time of filing this report. 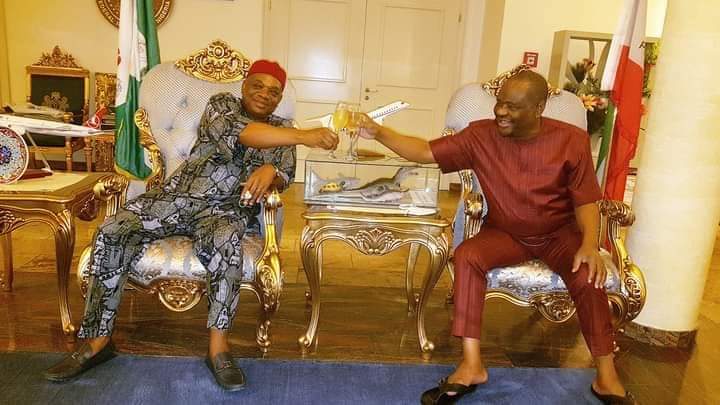 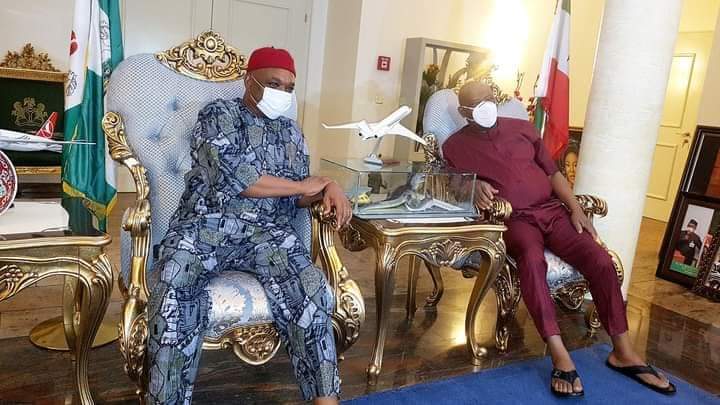