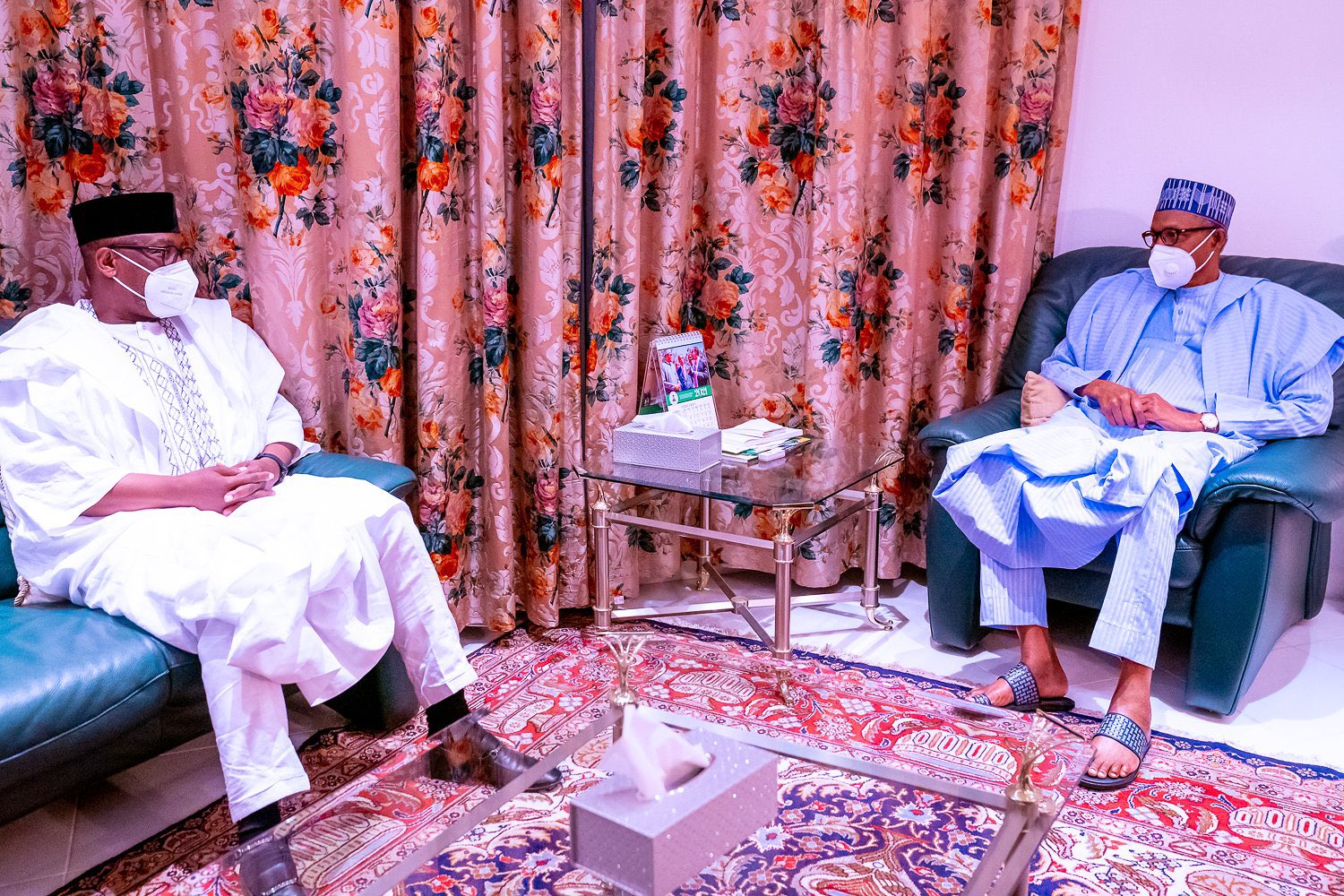 The Niger State Governor, Abubakar Sani Bello has officially briefed President Muhammadu Buhari on the Kagara school abduction that occurred in the early hours of Wednesday.

The Governor met with the President at the Aso Rock Villa in Abuja on Wednesday evening as confirmed by a presidential aide, Bashir Ahmad.

He wrote on Wednesday evening: “Governor Abubakar Sani Bello of Niger State tonight, briefed President Muhammadu Buhari on the recent unfortunate incident, the abduction of staff and students of the Gov’t Science College Kagara, and the measures already put in place by the government to rescue all the captives.”

Governor Abubakar Sani Bello of Niger State tonight, briefed President Muhammadu Buhari on the recent unfortunate incident, the abduction of staff and students of the Gov’t Science College Kagara, and the measures already put in place by the government to rescue all the captives. pic.twitter.com/BhWFN1HgkE

Naija News recalls some staff and students of the Government Science College Kagara in Rafi Local Government Area of Niger State were abducted by armed bandits around 2 am on Wednesday.

The bandits started shooting sporadically and in the process, a student was killed while some others sustained gunshots.

The gunmen were dressed in the same school uniform used by the students, disguising themselves to be members of the school.

Later in the day while confirming the incident, Governor Bello revealed that no fewer than 27 Students, three staff, and 12 members of a family were also kidnapped during the daring raid.

He added that kidnappers responsible for the abduction of some students and staff of Government Science College in Kagara won’t get any ransom.

The Governor vowed that the kidnappers won’t get any ransom from the state government but will ensure the students and staff return safely.

Bello who addressed newsmen in Minna, the state capital on Wednesday said: “It is not in our policy as a government to pay ransom to bandits because we have noticed that they use this money to buy arms and ammunition. However, the government will be ready to support and assist repentant bandits.”

“We are deeply concerned at these recent sad events and asking the federal government to deploy every necessary resources while we will look at all options, both kinetic and non-kinetic to ensure the safe return of the victims of both incidences.

“We will not rest or sleep until we bring them back to their families.”

Meanwhile, President Muhammadu Buhari has reacted to the abduction of students and staff of the Government Science College, Kagara, Rafi Local Government Area of Niger State in the early hours of Wednesday.
The President reacted in a statement released through his spokesman, Garba Shehu.

The presidential aide wrote, “President Muhammadu Buhari has received reports of the brazen attack on Government Science College, Kagara, Rafi Local Government Area of Niger State, following which a yet to be ascertained number of staff and students have been abducted by gunmen.”

“Following these reports, the President has directed the Armed Forces and Police, to ensure immediate and safe return of all the captives. The President has also dispatched to Minna, Niger State a team of security chiefs to coordinate the rescue operation and meet with state officials, community leaders, as well as parents and staff of the College.”