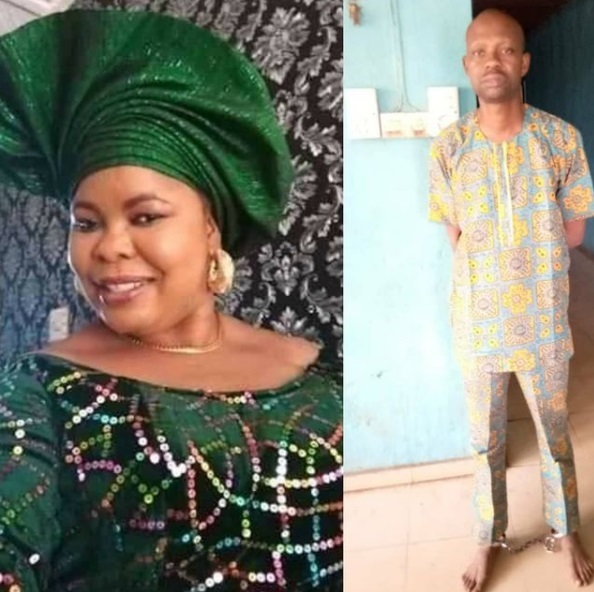 The above photo has been revealed as the identity of a mother of three who was murdered by her husband over a suspicious text message on her phone.

The jealous husband got into a heated argument with his wife, accusing her of having extramarital affair. Their argument, however, turned bloody as Sobola stabbed his wife of 20 years to death with a knife.

Speaking on the incident which happened on Saturday, February 13, DSP Abimbola Oyeyemi, the spokesperson of the state police command said Sobola was apprehended following a complaint by the father of the deceased, Alhaji Ambali Yinusa.

Though the victim’s body had been deposited at Olabisi Onabanjo University teaching hospital morgue for autopsy, the Commissioner of Police, Cp Edward A. Ajogun has ordered the immediate transfer of the case to the homicide section of the State criminal investigation and intelligence department for further investigation and prosecution, Naija News reports.

In another news, Southeast chapter of the Miyetti Allah Cattle Breeders Association of Nigeria, MACBAN, has begged Nigerians to sheath their swords and allow them to operate their businesses without threat.
The Fulani group cautioned Nigerians against statements capable of inciting war in the country.