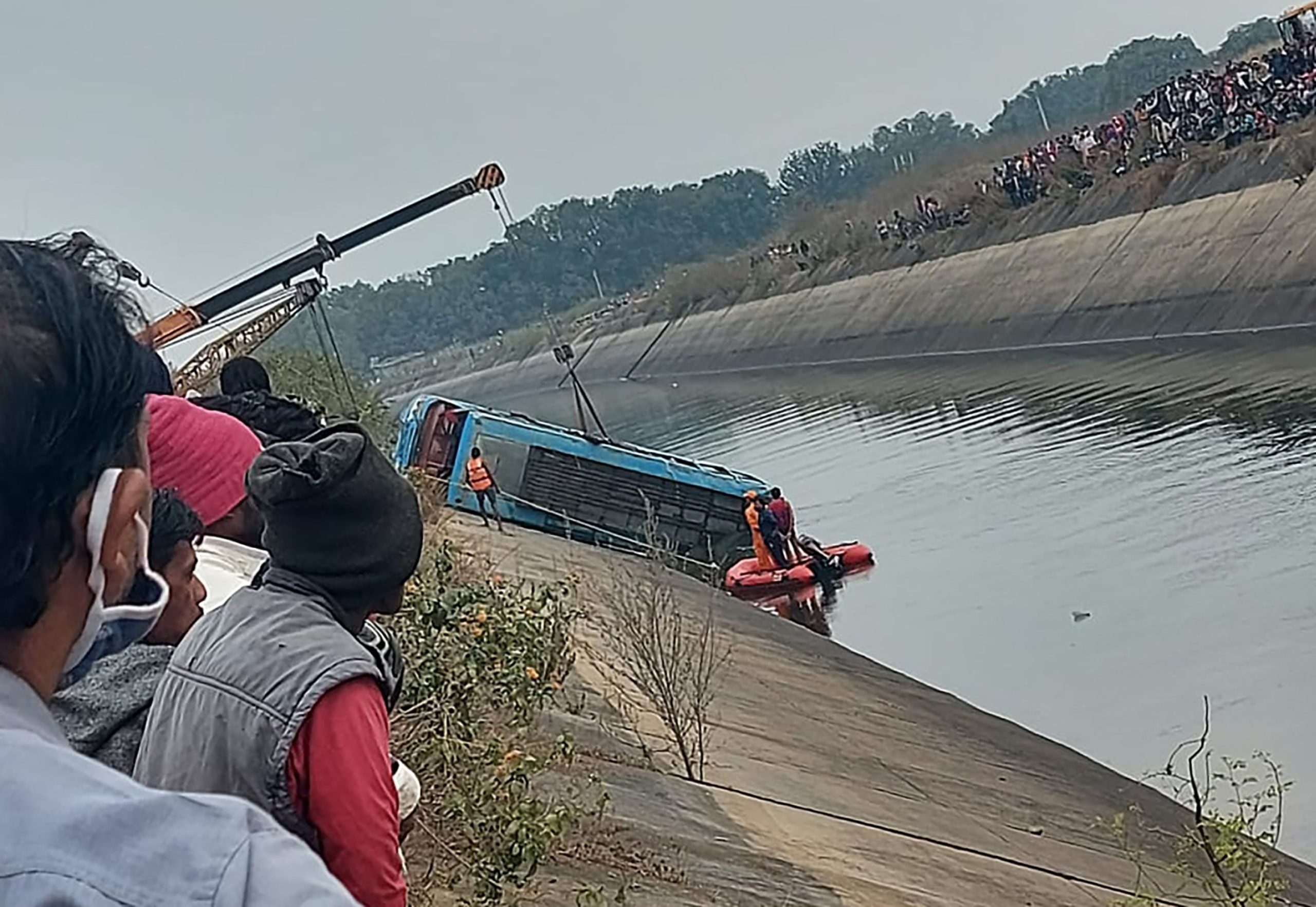 Seven people escaped death while others died when a bus plunged into a waterway of a community in India.

Reports have it that no fewer than thirty-seven people died in the incident which happened on Tuesday, February 16 in Satna, Madhya Pradesh.

AFP reports that the incident happened after the passenger bus conveying more than fifty people veer off the road in the earlier of today.

Though authorities are still investigating the cause of the incident, the development is said to possibly be as a result poorly maintained and notoriously dangerous roads. Confirming the report, locals reported that the bus completely submerged as shown in the image above.

Naija News understands that seven people, including the driver, managed to swim to safety while officials in orange life jackets are still making effort to look for survivors.

“We have so far found 37 bodies and they have been sent for autopsy. Search and rescue operations are underway,” said district police superintendent Dharamveer Singh.

Reports revealed that local officials had to order the stoppage of water release into the canal to sped up the rescue operations and allowed two cranes to pull the bus out.

The Times of India newspaper quoted sources saying it took three hours to lift the vehicle out. In his reaction to the development, Prime Minister Narendra Modi promised in a post on social media that families of those killed would receive 200,000 rupees ($2,750) in compensation.

“The entire state is standing with those affected,” Madhya Pradesh chief minister Shivraj Singh Chouhan said in a video message.

In another news, one Samson Ibiweh and his accomplice Philip Chirer have been arrested while attempting to blow up a petrol pipeline in Edo State.
Naija News reports that the two young men were apprehended by men of the anti-kidnapping and cybercrime unit of the state police command.