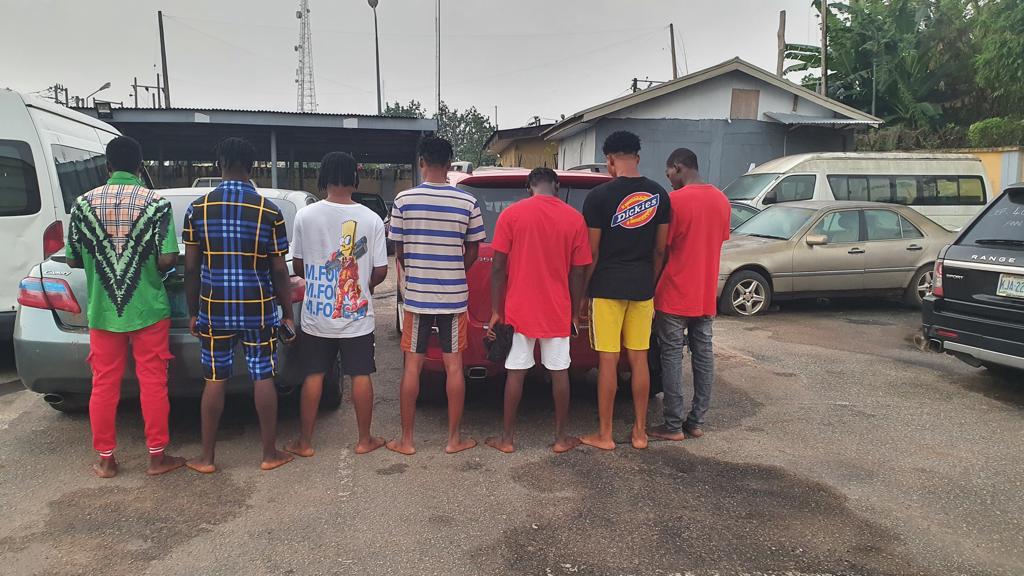 No fewer than seven Nigeria citizens have been arrested by the Benin Zonal Office of the Economic and Financial Crimes Commission, EFCC, over alleged cybercrime.

EFCC reports that it arrested the suspects on Friday, February 12 in Benin, Edo State capital. The agency reports that the internet fraudsters were arrested based on actionable intelligence by the Commission.

Items recovered from the suspects include laptop computers, mobile Phones, a Toyota Camry car and a Mercedes-Benz GLK 350.

The anti-graft agency said the suspects have made useful statements and will be charged to court as soon as investigations are completed.

Meanwhile, one Abu Adams, 26, has been arraigned before an Ikeja Chief Magistrate Court for allegedly doing away with high-end phones worth about twelve million naira.

Naija News reports that the suspect stole 165 pieces of the Samsung brand from a phone hub belonging to one Nelson Nigeria Ltd in Ikeja. Naija News understands that Adams committed the crime on January 16 this year.