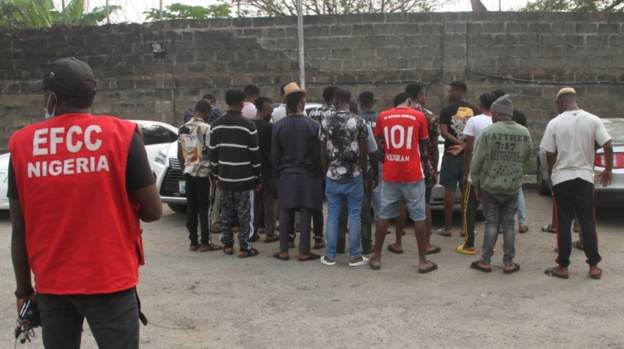 Naija News reports that this was made known on Sunday in a statement by the EFCC Head of Media and Publicity, Wilson Uwajaren.

According to Uwajaren, the suspects were arrested on Friday at New Owerri, Eminike Estate, Norble Abode, Owerri, Imo State.

Other items recovered from the suspects are “13 Powers of Attorney, 5 architectural documents, and a folder containing some other documents.”

The EFCC said the suspects would be charged to court when investigations are concluded.