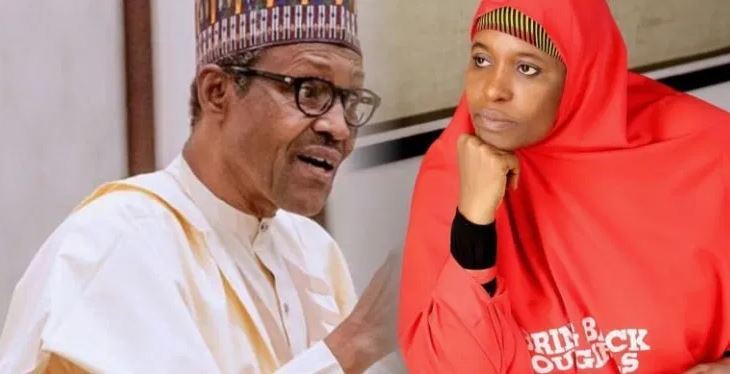 The co-converner of the BringBackOurGirls movement, Aisha Yesufu, has asked the administration of President Muhammadu Buhari to meet the demands of End SARS protesters.

In a post on her Twitter page, Aisha Yesufu said meeting the demands of the protesters was the only way to end the EndSARS protest.

Reacting to the arrest of popular comedian Mr Macaroni on Saturday, Aisha urged the Buhari government to end terrorizing citizens.

She said making peaceful protest impossible will yield to violent protests, adding that Nigerians were fed up with the situation in the country and can not be threatened by death.

Aisha Yesufu wrote: “The right to protest has always and will always be constitutional. The only way to stop a protest is to listen to the protesters and meet their demands. The terrorism by the Nigerian government had to stop.

“When you make peaceful protests impossible then you make violent protests possible.
Nigerians are not slaves and will never be slaves. #LekkiTollGate

“It seems that the Nigerian government does not realise that it has thrown its citizens into hell on earth and death is no longer a threat.”

Recall that the panel had authorized LCC to takeover the Lekki tollgate after it concluded its investigation on the spot.

READ ALSO  I Would Campaign For Sanwo-Olu, Buhari - Ambode

This comes weeks after the controversies surrounding the clash between #EndSARS protesters and security operatives at the Lekki tollgate on October 20, 2020.

The five out of the nine-man judicial panel had on Saturday voted to returned the control of the tollgate to the Lekki Concession Company, the operators.

Four members faulted the report of the forensic experts hired to comb the scene for evidence.

The four members who rejected the forensic report are the two representatives of the civil society – Mr Ebun-Olu Adegboruwa (SAN) and Ms. Patience Udoh; as well as the two youth representatives on the panel – Rinu Oduala and Temitope Majekodunmi.

Angered by the decision, some youths on Saturday took to the street to #OccupyLekkiTollGate.